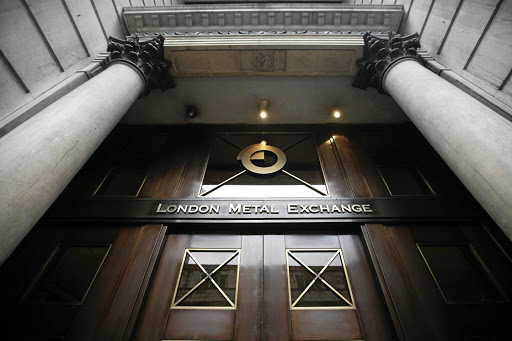 London — The London Metal Exchange (LME) said on Wednesday it had stopped allowing Russian-produced lead into its warehouses after EU sanctions on the country’s products, effectively shutting Russian lead out of the world’s biggest metals market.

Russia is not a major producer of lead, but the decision could add to market jitters about a potential ban on its aluminium and nickel, where its supplies are far more important.

Benchmark prices for lead on the LME rose more than 2% to about $2,300 a tonne after the news.

“This notice announces the suspension of warranting of Russian produced lead in any LME approved warehouse with immediate effect,” the LME said in a statement.

The suspension means Russian lead cannot be delivered against LME contracts, effectively meaning it can’t be traded on the market.

There are currently no lead inventories of Russian origin in its approved warehouses, the exchange said. Fregat was the only Russian LME brand.

The LME said it was responding to an April measure by the EU to restrict certain products from Russia, including “unwrought lead”, after Moscow’s invasion of Ukraine.

There would be minimal affect on Western operations as most of Russia’s lead exports, which are sourced solely from recycled batteries, are destined for China and Kazakhstan, said Wood Mackenzie analyst Farid Ahmed.

In response to sanctions on Russia by the UK, the LME last month suspended deliveries of some Russian produced metals into its approved warehouses in Britain.

The stakes are higher if Western countries widen restrictions to include a ban on Russian metals including aluminium, nickel and copper from major producers Rusal and Norilsk Nickel.

Russia supplies about 10% of the world’s nickel, 6% of its aluminium and about 3.5% of its copper.

The LME, owned by Hong Kong Exchanges and Clearing, said it would not go beyond what Western sanctions against Russia dictate.

Lead-acid batteries account the majority of the metal’s demand, which is pegged at 12-million tonnes a year.

Nigeria imported about 200,000 tonnes of potash in 2021, one of three key ingredients for fertiliser blending
Companies
3 weeks ago