French left unites to take on Macron in parliamentary polls 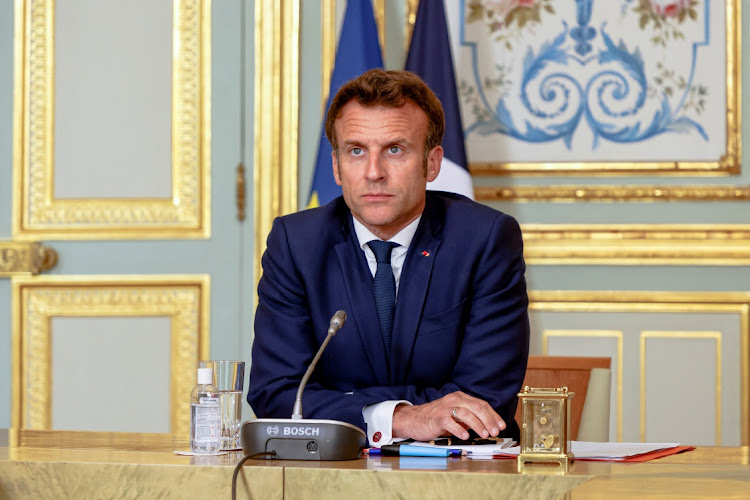 The coalition pact, which the Greens and Communists agreed to earlier this week, is an attempt to deprive Macron of a majority in parliament in the June 12-19 vote and block his pro-business agenda, after he was re-elected president in April.

“We can and will beat Emmanuel Macron and we can do it with a majority to govern for a radical programme,” LFI legislator Adrien Quatennens told Franceinfo radio.

If the agreement between the LFI and the Socialists is confirmed, the French left will be united for the first time in 20 years.

The deal was shaped under the leadership of LFI’s firebrand chief, Jean-Luc Melenchon, who broke from the Socialist Party in 2008 after failing to dilute its pro-EU stance. He wants to “disobey” the bloc’s rules on budget and competition issues and challenge its free market principles.

A source in the Socialist Party said that there is agreement on who will run in what constituency and on overall strategy, but that negotiators still need to finalise details of the joint programme itself.

In particular, the wording on what the platform for the new alliance, which will run under the banner of the “Social and Ecological People’s Union”, would say on Europe is still being debated, sources said.

The deal will then need to be approved by the Socialist Party’s national committee.

Policies of the new alliance include plans to lower the retirement age to 60, raise the minimum wage and cap prices on essential products.

If confirmed, Melenchon’s success in striking a deal with the Socialists, so far the dominant force on the left, would mark a turning point for a party that gave the country two presidents since World War 2 and has been a driving force for European integration.

Socialist Party veterans, including former party leader Jean-Christophe Cambadelis, have already called on fellow members to block the deal, saying it could mark the end of a pro-EU force on the left.

“It will be complicated to get it approved in the national committee,” said Corinne Narassiguin, a former Socialist Party legislator.

But the Socialists had little leeway in the talks. Their candidate, Paris mayor Anne Hidalgo, garnered a meagre 1.75% of votes cast in last month’s presidential ballot. However, they still control many local authorities.

In a sign of the Socialist Party’s collapse, a source close to the talks said the deal — which sees only one legislator from each party that joins the alliance run in any constituency — foresees that the Socialists will only have 70 candidates in mainland France, and possibly a few more in overseas territories. The French lower house has 577 legislators.

A recent Harris Interactive poll showed a united left and an alliance between Macron’s party and the conservatives neck and neck, with each garnering 33% of the legislative vote. However, in France’s two-round election system, projections show this could still translate into a majority of seats for Macron.