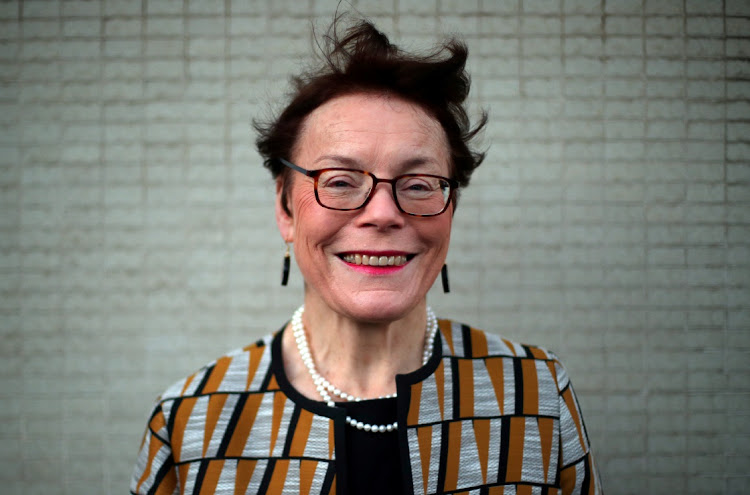 Catherine McGuinness, chairperson of the policy and resources committee of the City of London corporation in London on January 17 2018. Picture: REUTERS/HANNAH MCKAY

London — Recent reforms need to be strengthened to help change a perception that London is a “laundromat” for dirty money, the leader of the British capital's financial district said.

British Prime Minister Boris Johnson said there was no place for dirty money to hide in Britain after it imposed sanctions on Russia over its invasion of Ukraine.

Moscow's invasion, which the Kremlin describes as a “special military operation”, has shone a spotlight on a city some have dubbed “Londongrad” for its close financial ties to Russia.

“I don't think London is the laundromat that it is painted to be,” said Catherine McGuinness, political leader of the City of London Corporation, which administers the financial district.

Campaign group Transparency International has said that 2,189 companies registered in Britain and its overseas territories were linked to 48 Russian money laundering and corruption cases, involving funds worth £82bn.

“It hasn't been fair, but we have to look at what's causing the perception. When you look at objective measures, we don't do badly actually, our system stands up well,” she told Reuters.

McGuinness said the public's idea of who is a legitimate person to do business with has changed, citing the example of now-sanctioned Russian business-person Roman Abramovich owning soccer club Chelsea, which he is now selling.

Johnson's government last month pushed through reforms that will make it easier to know who owns a property and force people to explain where their wealth comes from.

“We need to look at whether those rules need improving,” said McGuinness, who is stepping down after five years, during which she has had to deal with the financial sector being cut off from Europe after Brexit, offices and streets emptied by the Covid-19 pandemic and the repercussions of the Ukraine crisis.

“All the studies show that we remain a really attractive global financial centre,” she added.

Brexit led to Britain's financial sector, which accounts for about 10% of its economy, being largely cut off from the EU.

McGuinness has said that Britain sacrificed the financial sector to get a trade deal for goods with the EU, though the number of finance jobs which have left London for the bloc has so far been a fraction of predictions.

“We are getting more focus and more attention. We need to keep our eye firmly on the ball. What more do we need to do to make sure that we've got continued access to global talent? We need to keep focusing on our strengths,” she said.