Tourists are flocking to the site, while scientists are warning increased activity will accelerate its decline 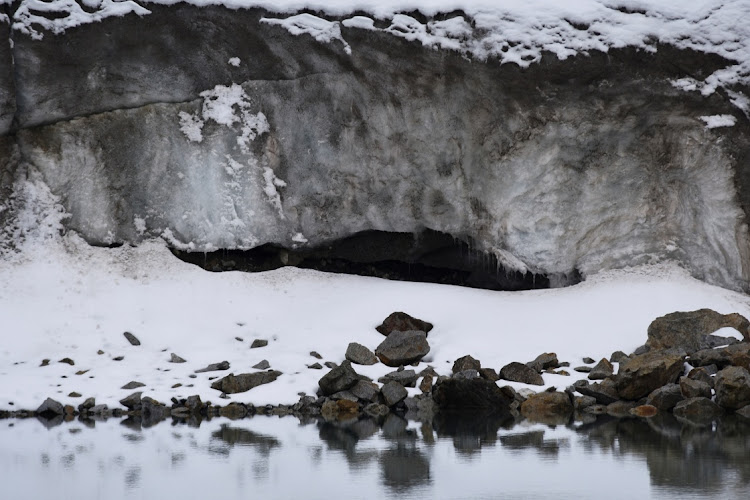 La Paz — In the Andean mountains of Bolivia’s high western plains where snow lies powdered over dark rocks that rise into a hard grey sky, scientists and climbers are fighting for the future of a dying glacier that has become a controversial lure for tourists.

The Charquini glacier, about 20km from the highland administrative capital La Paz, sits in the Cordillera Real, a mountain range that divides the Amazon lowlands from the high Andean plateau.

It has been retreating fast, losing about 1.5m in thickness each year, according to the Universidad Mayor de San Andrés (UMSA) and the French Research Institute for Development, reflecting wider issues facing glaciers throughout the Andes.

In recent years it has also started to attract tourists, with local governments charging visitors a fee. Some have snowboarded down the glacier, worrying scientists who say increased activity will accelerate the glacier’s decline.

“What we have here is a very sensitive, unbalanced glacier that is practically doomed to disappear,” said Edson Ramirez, a doctor in glaciology at UMSA, who said responsible tourism is required to preserve it.

“This is a glacier that is now changing as it goes through a melting process. It’s also a product of global changes such as increases in temperature and changes in terms of the amount of solid precipitation in the form of snow.”

Glaciers in the Cordillera Real began to lose mass at the end of the small ice age in the 17th century, but this process has accelerated with global warming, scientists say. Charquini has already lost three-quarters of its original mass.

Some, however, argue that the mountains and glaciers belong to all Bolivians and must be enjoyed and explored.

“Regarding global warming, what is happening is bringing us down, but as long as we have our mountains I would like people to come here,” said Ivette Gonzales, an indigenous “cholita” and famed climber as she walked near the glacier.

“Let's take advantage of our mountains.”

Gonzales was wearing a helmet over her braided hair and a colourful wide skirt that cholitas are known for.

UMSA analysis of satellite data shows how the glaciers have receded in recent decades. Snowfall has declined, hindering the glaciers building up mass as well as seeing water reservoirs decline that feed major highland cities like El Alto.

Bernardo Guarachi, 69, has been climbing the mountains since he was 18 years old. He said that when he was younger Charquini reached several kilometres below where it does now. As it has receded it has left a lagoon where once there was only ice.

“Look how much it has receded. It is amazing and it’s not only Charquini, but all the mountains are in the same condition,” Guarachi said. “I don’t like seeing the mountain this way, look how half of it has already disappeared.”

Macron praised for tough stance on Amazon, but cops flak over home results

Macron praised for tough stance on Amazon, but cops flak over home results