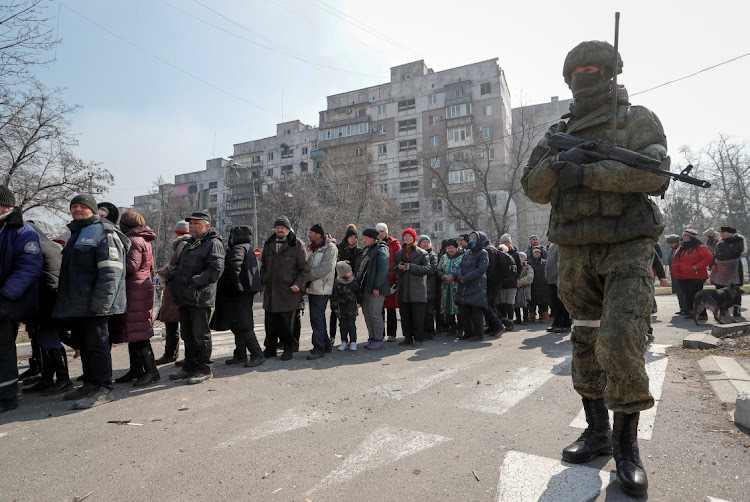 The Hague — The chief prosecutor of the International Criminal Court (ICC) on Thursday asked a coalition of countries to back his war crimes investigation in Ukraine, saying “things can get worse” unless the international community acts now.

ICC chief prosecutor Karim Khan was speaking to a meeting of a British-led coalition in The Hague, including prosecutors and justice ministers from 38 countries that have offered the court financial, military and legal assistance.

Khan opened a formal inquiry into war crimes and crimes against humanity in Ukraine on February 28, four days after Russia invaded its smaller neighbour.

US President Joe Biden and Ukraine President Volodymyr Zelensky accuse Russia of targeting civilians and violating the laws of war. Moscow denies the allegation and says it is carrying out a “special military operation” to disarm and “denazify” Ukraine. Kyiv and the West say Putin launched an unprovoked war.

The ICC, a global court established to prosecute individuals for crimes against humanity, genocide and war crimes, will examine possible atrocities on both sides of the conflict, looking back to Russia’s annexation of Crimea in 2014.

Neither Russia nor Ukraine are members of the ICC, but Kyiv has authorised the court to investigate on its territory and a team of investigators is collecting evidence in Ukraine.

On Thursday, Khan called on nations to come together to hold  those responsible for war crimes accountable.

“If we seize this moment collectively, if we can fortify the rule of law ... It is to the benefit not only of this office, or to the ICC, but to the whole international legal order,” Khan said.

British justice secretary Dominic Raab told journalists in The Hague that the support for the ICC made it clear to Putin that “impunity will not be tolerated”.

“Those leaders, whether it’s in Moscow or commanders on the ground in Ukraine, will be held to account if they commit war crimes and that is the deterrent message that is important to send now,” Raab said.

Legal experts say the higher up the chain of command it goes, the more difficult it gets
World
4 months ago
Next Article