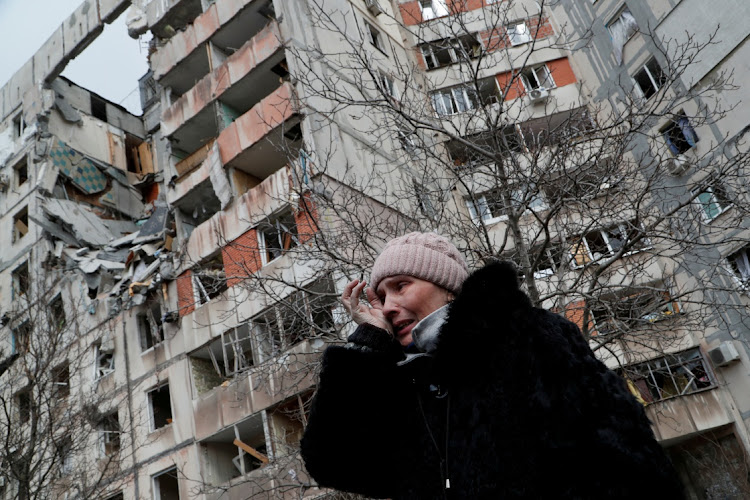 A woman reacts while speaking near a block of flats, which was destroyed during Ukraine-Russia conflict in the besieged southern port city of Mariupol, Ukraine March 17 2022. Picture: ALEXANDER ERMOCHENKO/REUTERS

Washington  — US President Joe Biden will hold a call on Friday with Chinese leader Xi Jinping, as Washington warned China was considering military and financial support for Russia's invasion of Ukraine, a step that would dramatically widen the gulf between Beijing and Western governments.

The call, first announced by the White House on Thursday, comes at a pivotal moment in US-China relations and in Ukraine, where heavily outnumbered local forces have prevented Moscow from capturing any of the country's biggest cities so far.

The Biden administration has issued public and private warnings that Beijing would face consequences if it provides material support to Russian President Vladimir Putin’s war.

“President Biden will be speaking to President Xi tomorrow and will make clear that China will bear responsibility for any actions it takes to support Russia's aggression, and we will not hesitate to impose costs,” US secretary of state Antony Blinken told a news briefing.

Blinken said China had a responsibility to use its influence with Putin and to defend international rules, but that it appeared Beijing was “moving in the opposite direction.”

“We’re concerned that they're considering directly assisting Russia with military equipment to use in Ukraine,” he said, officially confirming for the first time reports earlier in the week that US officials believed China had signalled its willingness to provide Moscow with such support.

Blinken did not elaborate on what the costs might be to China, and Washington has not yet offered evidence of the claim that China has signalled a willingness to help Russia. Moscow has denied asking China for military assistance, and China’s foreign ministry has called the idea “disinformation”. Western nations have been sending military and humanitarian aid to Ukraine.

Binken said he agreed with  Biden that war crimes have been committed in Ukraine. 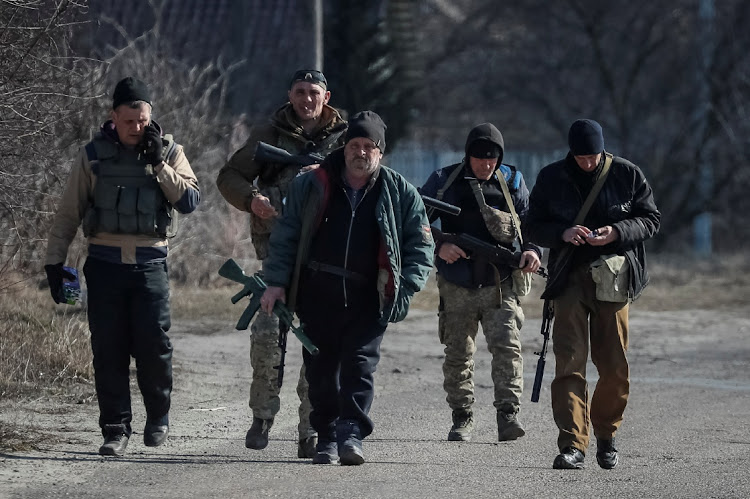 Asked which side requested the call, a US administration official said it was mutually agreed in a Rome meeting on Monday, where national security adviser Jake Sullivan held seven hours of talks with Chinese diplomat Yang Jiechi.

US officials described those talks as “tough” and are still debating how to react if Xi gives Putin military or economic aid.

Putin’s invasion of Ukraine, which is in its fourth week, has killed hundreds of civilians, reduced cities to rubble and sparked a humanitarian crisis as millions flee the country.

Russian finance minister Anton Siluanov said this week the country was counting on China to help it withstand the blow to its economy from huge Western sanctions aimed at isolating Russia's economy from the rest of the world.

China has refused to condemn Russia's action in Ukraine or call it an invasion, and it has censored online content in China that is pro-West or unfavourable to Russia. Beijing, while saying it recognises Ukraine sovereignty, has also said Russia has legitimate security concerns that should be addressed.

“We have seen China basically give tacit approval to what Russia is doing by refusing to join sanctions, by blaming the West and the US for the assistance we've given Ukraine, by claiming they wanted to see a peaceful outcome, but essentially doing nothing to achieve it,” one senior US defence official said before the call was announced.

Blinken on Wednesday said China’s refusal to criticise the invasion was completely incompatible with its professed recognition of the UN Charter underscoring the sovereignty of nations.

Biden and Xi, who spent considerable time together before they came to lead their respective countries, have yet to meet face to face since Biden took office last year. But the call will mark their fourth interaction since then, the most recent a November video conference.

Ukrainian President Volodymyr Zelensky on Thursday urged German Chancellor Olaf Scholz to tear down what he called a wall between “free and unfree” Europe and stop the war in Ukraine.

Speaking to the Bundestag by video link, Zelensky appealed to Scholz to restore freedom to Ukraine, tapping Germany's collective memory with reference to the historic 1948-1949 Berlin Airlift and the fall of the Berlin Wall in 1989.

He described a new wall “in the middle of Europe between freedom and unfreedom”, which he said Germany had helped build, isolating Ukraine with its business ties to Russia and its previous support for the Nord Stream 2 gas pipeline.

Asked about Zelensky’s speech, Scholz said that Germany has been extending military and humanitarian aid to Ukraine and it was engaged in diplomatic efforts to stop the war.

“It is also clear to me that Ukraine and its president must decide and will decide for themselves what is good for them and what isn't,” Scholz said during a news conference. “They don’t need wrong advice from other countries about what to do and what not to do. It is about their country and their future.”

In Ukraine rescue workers were searching for survivors in the rubble of a theatre in the besieged city of Mariupol on Thursday, after Ukraine said a powerful Russian air strike hit the building where hundreds of people had been sheltering from the war.

The port city is encircled by Russian forces and has seen fierce bombardment. A statement from the city council said that about 30,000 residents had managed to escape so far, but more than 350,000 remained stuck there.

“The heart is breaking from what Russia does to our people, our Mariupol, and our Donetsk region,” Zelensky said in a late night address on Wednesday, after referring to the theatre attack.

The city council said hundreds of people, mostly women, children and the elderly, had been hiding in the theatre and a nearby swimming pool building because of heavy shelling.

“Information about the victims is still being clarified,” it said.

But Ukraine's capital Kyiv came under renewed Russian shelling on Thursday as the war entered its fourth week. Western sources and Ukrainian officials said Russia’s assault had stalled. Officials from both sides meanwhile met again for peace talks, but they said their positions remained far apart.