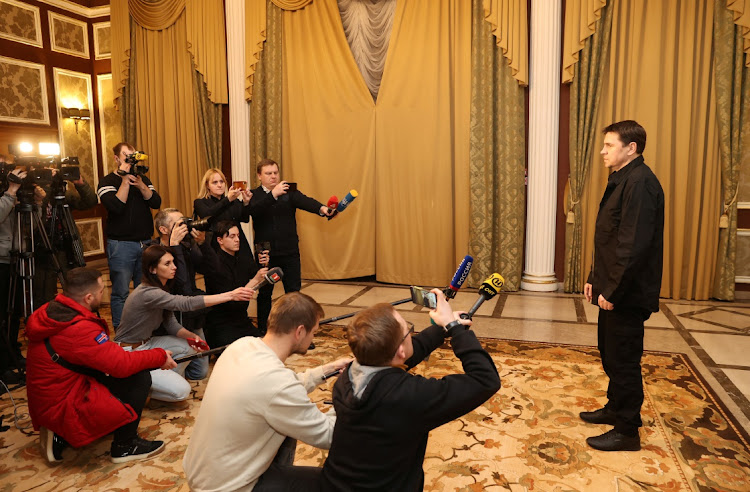 A Ukrainian negotiator said on Thursday that a second round of ceasefire talks with Russia had not yielded the results Kyiv hoped for, but the sides had reached an understanding on creating humanitarian corridors to evacuate civilians.

“That is, not everywhere, but only in those places where the humanitarian corridors themselves will be located, it will be possible to cease fire for the duration of the evacuation,” he said.

They had also reached an understanding on the delivery of medicines and food to the places where the fiercest fighting was taking place.

It was the first time the two sides had agreed any form of progress on any issue since Russia invaded Ukraine a week ago.

Podolyak said the outcome had fallen short of Kyiv’s hopes, however. “To our great regret, we did not get the results we were counting on,” he said, without elaborating.

“The only thing I can say is that we discussed the humanitarian aspect in sufficient detail, because quite a lot of cities are now surrounded. There is a dramatic situation with medicines, food, and evacuation,” Podolyak said.

Earlier, Podolyak had tweeted a picture of himself and other negotiators seated at a conference table in an undisclosed location. The Ukrainians wore battle fatigues and winter jackets, the Russians wore suits and ties.

The UN says  more than a million refugees had fled in just seven days and the humanitarian crisis was growing worse.

Russia has captured only one city — the southern Dnipro River port of Kherson, which its tanks entered on Wednesday. With its main assault force halted for days on a highway north of Kyiv, Russia has shifted tactics, escalating its bombardment of cities. Swathes of central Kharkiv, a city of 1.5-million people, have been blasted into rubble. Mariupol, eastern Ukraine’s main port, has been surrounded under heavy bombardment, with no water or power.

Michael Avery is joined by Brooks Spector, who settled in Johannesburg after a career as a US diplomat in Africa and East Asia and Peter Little, Fund Management, Anchor Capital, to discuss events in Russia and Ukraine.

Ukraine’s President Volodymyr Zelenskiy has stayed in Kyiv, releasing regular video updates to the nation. In his latest message, he said Ukrainian lines were holding. “We have nothing to lose but our own freedom,” he said.

Britain’s defence ministry said the main body of the huge Russian column advancing on Kyiv was still 30km from the city centre, held up by Ukrainian resistance, mechanical breakdown and congestion.

Emergency services in the eastern Chernihiv region said 22 bodies had been pulled from the rubble of a Russian air strike.

Earlier, governor Viacheslav Chaus said at least nine people had been killed in an air strike that hit homes and two schools.

Amid Moscow’s increasing diplomatic isolation, only Belarus, Eritrea, Syria and North Korea voted with Russia against an emergency resolution at the UN General Assembly condemning Moscow’s “aggression”. SA abstained in the vote.

Putin spoke by telephone to French President Emmanuel Macron on Thursday, telling him Russia would achieve its goals, including the demilitarisation and neutrality of Ukraine, the Kremlin said. Macron told Putin “you are lying to yourself” about the government in Kyiv, which Moscow says is a threat to its security, a French official said.