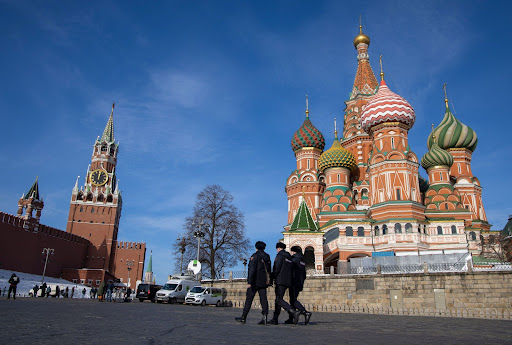 Norway is starting a process to remove Russian assets from its $1.3-trillion sovereign wealth fund, in a rare case of politics steering investments for the country’s savings.

The government decided to freeze Russian holdings in the fund in response to the country’s invasion of Ukraine and plans to divest them in due course, Prime Minister Jonas Gahr Store told reporters in Oslo on Sunday. Norges Bank Investment Management held about $2.8bn  at the end of the year, finance minister Trygve Slagsvold Vedum said.

The Oslo-based fund is the world’s biggest owner of publicly traded companies with a portfolio of about 9,000 stocks. The government made its decision despite CEO Nicolai Tangen on Friday describing such a move as a “wrapped gift to the oligarchs” who would buy the shares.

On Sunday, the fund said it would neither buy nor sell shares right away until consultations with the finance ministry.

Until now, Norway has been careful to avoid being seen as using the fund as a political tool. Previous attempts to impose political goals on the institution have been met with criticism that its overarching goal must be the highest possible return over time.

Norway’s decision comes after Russian markets slumped last week and follows US plans with its European allies to ban transactions with the central bank in Moscow and cut off various Russian lenders from the critical SWIFT financial messaging system. In addition, BP  moved to dump its shares in oil giant Rosneft PJSC and could be forced to make $25bn writedown.

The fund is now freezing its account holdings in Russia, which means that it will neither buy nor sell, Line Aaltvedt, a spokesperson for the fund, said by phone. It will then make a plan to sell out of Russia in collaboration with the ministry, she said. No timeline for the exit was given.

Created in the 1990s to invest Norway’s oil and gas revenue abroad, the fund has followed strict ethical guidelines since 2004, including bans on certain weapons, tobacco and most exposure to coal.

Its biggest equity holdings in Russia at the end of 2020, the last time it disclosed its full portfolio, were in Sberbank of Russia PJSC, Gazprom and Lukoil, according to the Norges Bank Investment Management website. It will publish its 2021 holdings on Thursday.

“We want to give a very clear and unequivocal response that the type of abuse we have seen in recent times cannot be accepted and it is therefore natural for Norway to withdraw its investments from the Russian market,” Vedum said on Sunday.

Norway also announced that it will enforce sanctions in co-operation with the EU and will close its airspace to Russian flights.

Separately, the fund  said on Sunday it will vote against ratification of tech giant Apple’s management remuneration plan after an advisory firm urged investors to act.

The Norwegian fund owns 1.03% of Apple’s shares, making it the company's eighth largest shareholder, according to Refinitiv data.

The maker of iPhones, computers and other devices is due to hold its annual meeting of shareholders on March 4.

CEO Tim Cook’s pay in 2021 was 1,447 times that of the average Apple employee, a company filing on January 7 showed, fuelled by stock awards that helped him earn a total of $98.7m, Reuters reported.

This was the ‘middle scenario’ presented by ECB chief economist Philip Lane at a meeting in Paris on Thursday, hours after Russia invaded Ukraine
World
5 months ago
Next Article