No serious adverse events occurred, and the human challenge study model was shown to be safe and well tolerated in healthy young adults 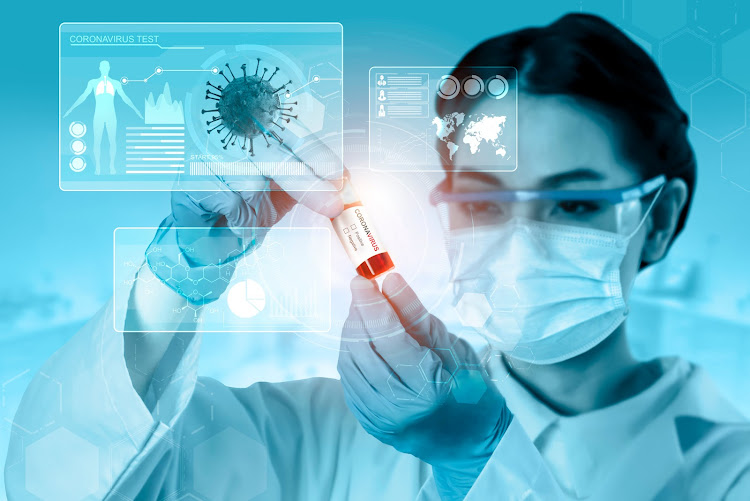 London — The world’s first “human challenge” trial in which volunteers were deliberately exposed to Covid-19 to advance research into the disease was found to be safe in healthy young adults, leaders of the study said on Wednesday.

The data supports the safety of this model and could lay the groundwork for future studies to test new vaccines and medicines against Covid-19.

Scientists have used human challenge trials for decades to learn more about diseases such as malaria, flu, typhoid and cholera, and to develop treatments and vaccines against them.

In April 2021, Oxford University scientists launched another human challenge trial which sought to reinfect people who had previously had Covid-19 in an effort to deepen understanding about immunity, rather than infecting people for the first time.

The Imperial trial exposed 36 healthy male and female volunteers aged 18 years to 29 years to the original Sars-CoV-2 strain of the virus and closely monitored them in a controlled quarantined setting. They will be followed up for 12 months after discharge from the quarantine facility.

No serious adverse events occurred, and the human challenge study model was shown to be safe and well tolerated in healthy young adults, the company said.

“People in this age group are believed to be major drivers of the pandemic and these studies, which are representative of mild infection, allow detailed investigation of the factors responsible for infection and pandemic spread,” said Chris Chiu, chief investigator on the trial and professor of infectious diseases at Imperial.

With the model established, Open Orphan said it should be able to contract or conduct Covid-19 human challenge studies in 2022, subject to individual ethics and regulatory approvals.

The results of the Imperial study, published on a preprint server and yet to be peer reviewed, also provide some clinical insights.

Researchers found that symptoms start to develop on average about two days after contact with the virus, Imperial said.

The infection first appears in the throat; infectious virus peaks about five days into infection and, at that stage, is significantly more abundant in the nose than the throat.

They also found that lateral flow tests are a reliable indicator of whether infectious virus is present and therefore the person is likely to be able to transmit the virus.

Eighteen of the volunteers became infected, 16 of whom went on to develop mild-to-moderate cold-like symptoms, including a stuffy or runny nose, sneezing and a sore throat, Imperial said.

Some experienced headaches, muscle/joint aches, tiredness and fever. None developed serious symptoms. Two participants were excluded from the final analysis after developing antibodies between initial screening and inoculation.

Thirteen infected volunteers reported temporarily losing their sense of smell, but that returned to normal within 90 days in all but three participants — the remainder continued to show improvement after three months.

There were no changes seen in their lungs, or any serious adverse events in any participant.

Trials have shown it can reduce hospitalisation and risk of death by 88%, and NHS official says
World
6 months ago

Two drugs to treat Covid have recently become available. These aren’t substitutes for a vaccine, but they could help at-risk people from developing ...
Features
6 months ago
Next Article