Eurozone recovery hit by Omicron in January as services slow 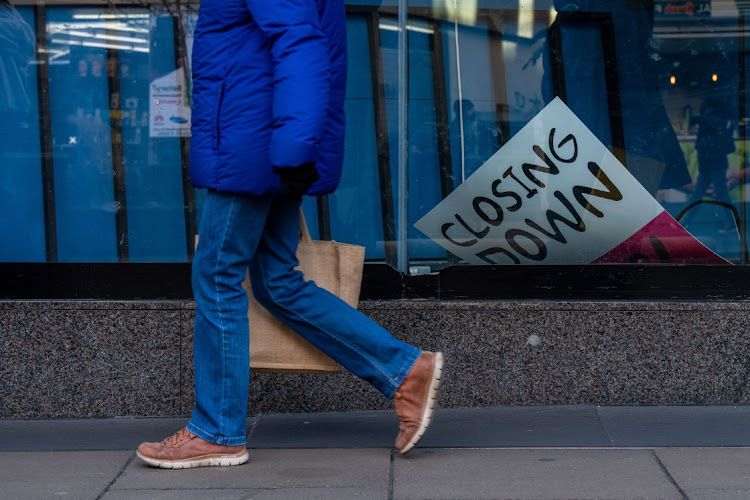 London —  The eurozone economic recovery weakened in January, despite an upturn in Germany where factories benefited from an easing in supply chain bottlenecks, as renewed restrictions put a dent in the bloc’s dominant services sector, a survey showed.

With the Omicron coronavirus variant sweeping across Europe governments have been encouraging citizens to stay home and avoid socialising while soaring prices have discouraged consumers from spending.

IHS Markit’s Flash Composite Purchasing Managers Index (PMI), seen as good gauge of overall economic health, dropped to 52.4 in January from 53.3 in December, its lowest since February and below the 52.6 predicted in a Reuters poll.

That headline number was affected by the services PMI, which dropped to a nine-month low, though it remained in growth territory.

With customers staying home, growth in demand for services almost dried up. The new business index sank to its lowest reading since April 2021 just before parts of the economy reopened after a stricter lockdown.

“The small decline in the flash Composite PMI in January shows that Omicron has taken a toll on the services sector, though the German economy performed surprisingly well,” said Bert Colijn at ING.

But in France, the only other eurozone country to report preliminary numbers, business growth dipped more than forecast as the impact of Covid-19 and inflationary pressures weighed on activity.

That suggests the bloc would have stumbled further without Germany’s strength.

In Britain, outside the eurozone and the EU, activity cooled unexpectedly to an 11-month low but cost pressures stayed high, leaving the Bank of England on track to raise interest rates next week.

Further afield, factory activity in Japan grew at the fastest pace in four years, though activity in the private sector as a whole slipped into contraction for the first time in four months as the services industry suffered amid a surge in coronavirus cases.

Factories, however, are less affected by restrictions and have largely remained open. The bloc’s manufacturing PMI rose to a five-month high of 59.0 from 58.0, well ahead of the 57.5 Reuters poll estimate.

An index measuring output jumped to 55.8 from 53.8. The output measure feeds into the composite PMI and its big increase shows how much impact the services decline had on overall activity.

“The major news out of the release is that manufacturers are again noticing some abatement in supply chain problems. After cautious signs of improvements in December, things have materially improved in January,” Colijn said.

To meet buoyant demand factories increased headcount at a rapid pace. The employment index soared to 57.5 from 55.3, its highest since July.

A Reuters poll  last week found more than two-thirds of economists saying the Omicron variant would have a milder economic impact than Delta, and with the vaccine programme in the region continuing, optimism improved.

The composite future output index nudged up to its highest since the Omicron wave began.

“With the number of new Covid-19 cases having peaked in some countries and some governments having already outlined plans to ease restrictions, eurozone economic activity should pick up a bit in February and March,” said Andrew Kenningham at Capital Economics.