Metsola has voted against European Parliament resolutions that call for women to have access to safe abortion, but says she had been bound by Malta’s position on the issue 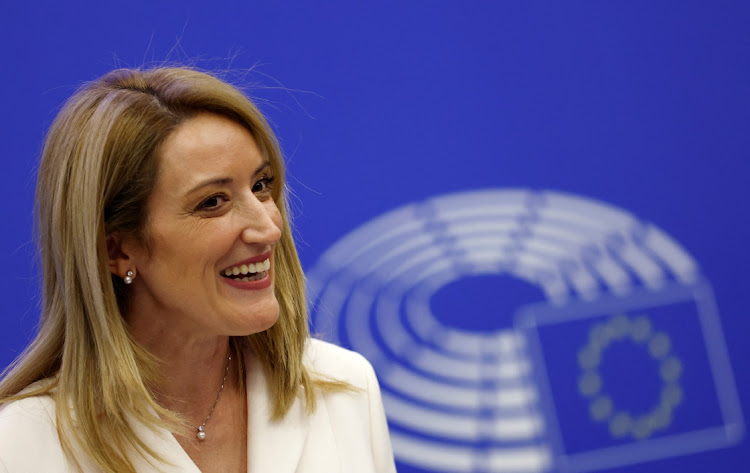 Brussels — Maltese lawmaker Roberta Metsola secured overwhelming support to become president of the European Parliament on Tuesday, making her the first woman to hold the post for 20 years.

She succeeds Italian socialist David Sassoli, who died earlier in January, in presiding over the 705-member parliament, which adopts and amends EU legislative proposals and decides on the bloc’s budget.

Metsola, who campaigned as a student for Malta to become a member of the EU in 2004, said she wanted to use her mainly ceremonial role to help the parliament connect better with European citizens.

"I want people to believe in Europe. To recapture that sense of hope and enthusiasm in our project. To stand up for those values that unite us as Europeans," Metsola said in a message posted on Twitter.

Metsola, who turned 43 on Tuesday and is also the youngest president of the European Parliament, has been a member of the assembly since 2013 for the centre-right European People's Party (EPP).

She defeated two other candidates for the presidency election, winning 458 of the 616 validly cast votes in the first round, meaning no run-off rounds were required.

Sassoli had been due to step down this week as part of a power-sharing deal under which the parliament’s socialist group would make way halfway through the assembly’s five-year term for a candidate from the EPP grouping.

The European Parliament has had only two previous female presidents — Simone Veil and Nicole Fontaine — both French, since it became a directly elected assembly in 1979.

Metsola has consistently voted against European Parliament resolutions that call for women to have access to safe abortion.

Asked on Tuesday about her stance, Metsola said she had been bound by Malta’s position on the issue. Staunchly Catholic Malta is the only EU member state to prohibit abortion and women undergoing the procedure can face up to three years in jail.

As EU Parliament president, Metsola said she would defend the assembly’s views on sexual and reproductive health and rights. That includes resolutions calling for all member states to ensure women can get safe access to abortion services.