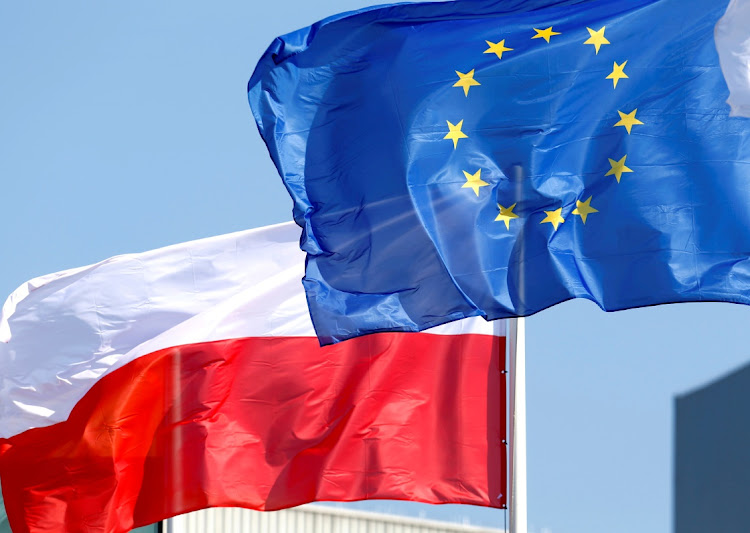 Brussels/Warsaw — A Polish minister has accused the EU of making “illegal demands” on his country ahead of a January 11 deadline by which Warsaw is meant to inform Brussels how and when exactly it plans to dismantle a disciplinary system for judges.

Failure to act would mean Poland at least €70m in fines, further delays in accessing billions of euros to support its economic recovery from the Covid-19 pandemic, and the possible loss of additional development funds.

The case is among many bitter rows between the EU and Poland’s ruling Law and Justice (PiS) party, which came to power in 2015 and has since faced accusations of eroding the freedom of courts, the media, women, gays and migrants.

The January 11 deadline relates to an order in October 2021 by the top EU court fining Warsaw for failing to immediately halt the work of the Polish Supreme Court’s disciplinary chamber pending a final verdict on the scheme.

Asked about the deadline to dismantle the chamber, which has powers to punish judges over their rulings, or get ready to pay the fines, Poland’s deputy justice minister Sebastian Kaleta said the emergency measures ordered by the European Court of Justice (ECJ) “breached competences Poland vested in the EU”.

“These are illegal demands,” Kaleta, a member of a hardline Eurosceptic coalition partner of PiS, said. Poland will not bow to “blackmail by EU institutions”, he said.

A Polish government spokesperson did not reply to requests for further comment on the standoff.

PiS, a populist, nationalist party, introduced the new policing system for judges in 2017, part of a sweeping overhaul of the courts it says was needed to rid them of lingering communist-era influence. But the EU, the US, rights groups and democracy watchdogs accused Warsaw of undermining the principle of judicial independence through political meddling.

The ECJ is expected to make its final ruling on the matter this year. The ECJ usually follows the opinion of its adviser, who last May said it should strike down the Polish disciplinary regime for judges as being in violation of EU law.

Fines in this case amount to €1m a day and will add up to €70m up to Monday. If Warsaw sticks by its refusal to pay, the EU executive European Commission would add interest and could eventually deduct the total from development funds otherwise earmarked for Poland under the shared EU budget for 2021-2027.

EU countries have always paid ECJ fines in the past, a commission official said. “Once the final ECJ ruling is in, the interim measures expire. At the same time, what is already due is due. But we’ve never been in such a situation,” the official said.

Poland has Pegasus but not for shady purposes, say officials