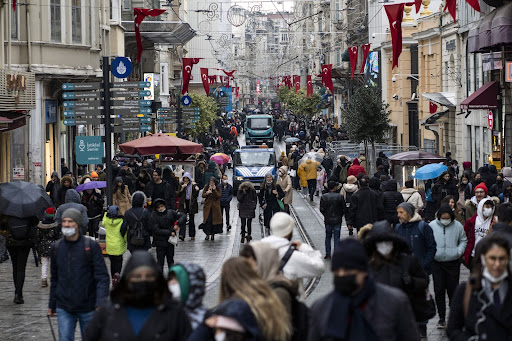 Turkey’s President Recep Tayyip Erdogan unveiled an emergency plan to curb the lira’s unprecedented depreciation and protect investors against wild swings in the currency. One measure guarantees that returns on lira-denominated deposits wouldn’t fall short of bank interest rates, in an effort to end current spot demand for foreign exchange.

How does the new tool work?

The Treasury will make up for losses incurred by holders of lira deposits should the lira’s declines against hard currencies exceed bank interest rates. For example, if banks pay 15% for one-year lira deposits but the currency depreciates 20% against the dollar in the same period, the Treasury — that is, taxpayers — would pay deposit-holders the differential. The instrument will apply for individuals holding lira deposit accounts with maturities between three to 12 months. The minimum interest rate will be the central bank’s benchmark rate and no withholding tax will be implemented.

The currency is climbing again after staging its biggest rally since the 1980s. The jump came after President Recep Tayyip Erdogan announced new measures to bolster the currency.

How is it going to help the lira to appreciate?

If people who hold deposits in hard currencies decide to switch to the lira, that may help the Turkish currency curb losses that are fuelling inflation and losing Erdogan support even among his most loyal voters. More than half of all deposits in the Turkish banking system are in hard currencies, according to banking watchdog data. Yet because the average maturity of all accounts is only several weeks, it is unlikely that they will be converted en masse into new lira deposits.

What does it mean for inflation and public finances?

Potentially, the Treasury takes on foreign-currency risk of 3.3- trillion liras ($265bn) now deposited in retail banking accounts. If the lira depreciates beyond deposit rates, that would impose a burden on the budget. If the central bank prints money to make up the difference, then inflation would spike.

Does this plan address the crux of the problem?

While the worst may be over for the lira for now, with some confidence restored among retail depositors, “until interest rates provide a credible anchor against inflation, the lira will tend to be volatile and subject to downward pressure”, said Todd Schubert, head of fixed-income research at Bank of Singapore. Much will also depend on whether depositors believe the policy can actually be implemented, according to Brendan McKenna, a currency strategist at Wells Fargo in New York. “Right now, Turkish institutions don’t have a tonne of credibility, so there may be challenges getting lira depositors on board,” McKenna said.

What could cause it to fall apart?

If the new instrument fails, then the Treasury would have to find the money to compensate holders of lira deposits for their losses. The central bank, in turn, will likely print money, further undermining the lira, according to Wolfango Piccoli, the co-president of the Teneo consultancy. And if the new tool manages to stabilise the lira, the real exchange rate will rise, undermining the supposed competitiveness from a weaker currency that is key to boosting Turkey’s exports, a pillar of the government’s new economic model, he said.

The lira surged more than 20% after Erdogan’s speech on Monday, in its strongest rally since the 1980s. It jumped again on Tuesday before trimming gains to trade 2.9% higher at 12.9577/$ in Istanbul. Even so, the currency is still down more than 40% against the greenback in 2021.