Right-wing Marine Le Pen has the best chance of giving the president a run for his money, polls show 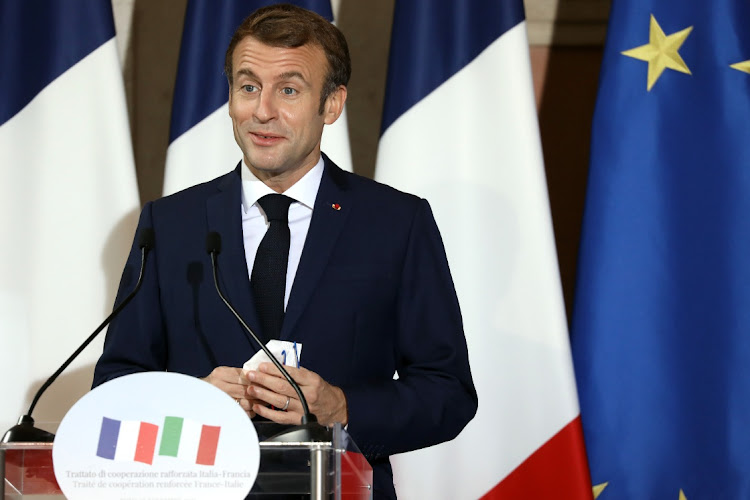 Paris — France’s 2022 presidential election is Emmanuel Macron’s to lose. All opinion polls show the incumbent president reaching the second round and winning re-election.

However, after a first term mired in social unrest — during which he took steps to liberalise France’s labour laws, cut taxes on the wealthy and businesses and tried to reconfigure transatlantic relations — the margins are tighter than the drubbing he delivered to the far right’s Marine Le pen in 2017.

Here is a look at the leading second-round scenarios:

Until the northern autumn, conventional wisdom was that next year’s vote would be a repeat showdown between Macron and Marine Le Pen, matriarch of France’s far right. It was a contest Macron sought: voters have consistently kept her far-right party out.

She found herself outflanked by Eric Zemmour and her support fell as she lost voters to the far-right pundit. She remains the most likely candidate to face Macron in April’s second-round runoff, but her place is not as assured as it once seemed.

Surveys show her picking up 19%-22% in the first round. In the second round, Macron would best Le Pen 54%-46%, an Ifop poll showed — a far narrower margin than the resounding defeat she suffered in 2017.

The rise in recent months of Eric Zemmour, the talkshow star who channels former US president Donald Trump’s anti-establishment style as he paints himself as the would-be saviour of a nation under threat from Islam, upended the early campaign race.

Some surveys showed Zemmour reaching the second round, but his support has fallen back as he struggles to formulate ideas beyond immigration and security while Covid-19 dominates headlines.

A Harris Interactive poll published on November 30 showed him winning 13% of votes in the first round.

Zemmour, an eloquent orator and best-selling author, says non-Christian names such as Mohammad and the wearing of religious symbols such as Islamic headscarves should be banned because they erode France’s identity as a Christian civilisation.

Macron would comfortably defeat Zemmour in the second round, polls have shown.

The battle for far-right and staunchly conservative voters may yet open the door to the moderate right — the scenario which most unnerves the Macron administration. The centre-right Les Republicains party has yet to nominate its challenger.

Nationwide polls show Xavier Bertrand, a one-time insurance salesman from the provinces who served as labour minister under Nicolas Sarkozy, to be the front-runner for the ticket. The Harris Interactive poll showed Bertrand ahead of Zemmour for the first time since September.

But many party members — who will pick the candidate — have not forgiven Bertrand for quitting the party after Macron’s 2017 victory.

The dark horse in the race to be the centre-right nominee may emerge as Michel Barnier, the EU’s former chief Brexit negotiator. Polls show that Barnier would fare worse against Macron than either Bertrand or another centre-right challenger, Valerie Pecresse, who heads the greater Paris region.

The New Zealand prime minister says the focus must now be on prevention, looking at how people come across terror-motivating content online
Companies
8 months ago
Next Article