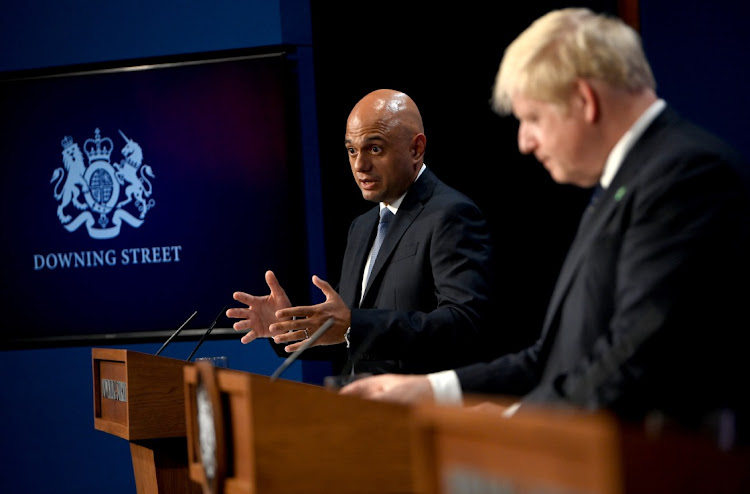 London  — Britain will offer a Covid-19 booster shot to all adults in a bid to accelerate its vaccination programme amid concern over the new Omicron coronavirus variant, as eight more cases were found in the country.

Britain as a whole has reported 11 cases of the new variant, which the World Health Organization said on Monday was likely to spread internationally and posed a very high risk of infection surges.

British Prime Minister Boris Johnson has responded to the emergence of Omicron by making mask-wearing compulsory in shops and on public transport in England. It has a travel ban on people from Southern Africa.

He also asked the joint committee on vaccination and immunisation to review the booster programme, which is currently open to over-40s, the vulnerable and health workers.

The committee recommended on Monday that boosters be offered to all adults under 40, that the minimum gap between second doses and boosters could be reduced to three months from six, and that 12- to 15-year-olds could get a second shot.

Health minister Sajid Javid said he would follow the advice, and that those who were most vulnerable would be prioritised for shots, with further details in the coming days.

“There's a lot we don't know about how our vaccine responds to this new variant. But although it’s possible that they may be less effective, it’s highly unlikely they will have no effect at all against serious disease,” Javid told MPs.

“With this new variant on the offensive, these measures will protect more people, more quickly, and make us better protected as a nation.”

The UK has all restricted travel to Southern Africa, where the variant was first detected last week, in a bid to slow its spread.

But Scottish First Minister Nicola Sturgeon said not all of the six cases had recent travel history or known links with others who had travelled to Southern Africa. “This suggests that there might already be some community transmission of this variant,” she told a news conference.

“There is no evidence yet that this is sustained, nor any evidence from the enhanced surveillance that it is widespread at this stage.”

Sturgeon said the time frame of the cases suggested it was unlikely but not impossible that there was a link to the COP26 climate change conference that took place in Glasgow earlier this month.

In Europe,  one case of the Omicron coronavirus variant has been detected in Sweden, the Public Health Agency said on Monday. The case was detected in a test taken a little over a week ago from a person who had travelled from SA, the agency said in a statement.

Spain has also detected its first case of the variant in a traveller coming from SA, El Pais newspaper reported on Monday. The case of the new variant was sequenced by Madrid’s Gregorio Maranon hospital, according to a tweet by its microbiology unit, adding that the patient was in fair condition.

Portugal has found 13 cases of the variant at a Lisbon football club. Austria also reported their first cases.

Elsewhere, on Monday Japan described its ban on arrivals by foreigners as precautionary. Health minister Shigeyuki Goto said tests would determine if a traveller from Namibia was Japan’s first Omicron case.

Australia reported its first cases at the weekend.

In Israel, a ban on arrivals by foreigners took effect overnight.

President Joe Biden sought to reassure Americans on Monday that the US was prepared to handle Omicron, pledging to accelerate development of vaccines to handle it if necessary. "This variant is a cause for concern, not a cause for panic," Biden said in remarks at the White House following a meeting with his Covid-19 team. "Sooner or later we are going to see cases of this new variant here in the US," Biden said.

Barry Schoub, chair of the ministerial advisory committee on vaccines, talks to a Bloomberg panel about the Covid-19 variant Omicron.

After a virtual meeting on Monday, G7 health ministers praised SA for its “exemplary work” in detecting the variant and alerting others to it.

“The people of Africa cannot be blamed for the immorally low level of vaccinations available in Africa — and they should not be penalised for identifying and sharing crucial science and health information with the world,” he said. Guterres has long warned about the dangers of vaccine inequality around the world and that low immunisation rates are “a breeding ground for variants”.

BioNTech SE is working to adapt its Covid-19 vaccine to address the omicron variant and expects to have a new version ready within 100 days if ...
National
8 months ago

Two passengers in Sydney from Southern Africa test positive, with both asymptomatic and fully vaccinated
World
8 months ago
Next Article