The explosion occurred in a taxi outside Liverpool Women’s Hospital just before 11am on Sunday, killing a passenger 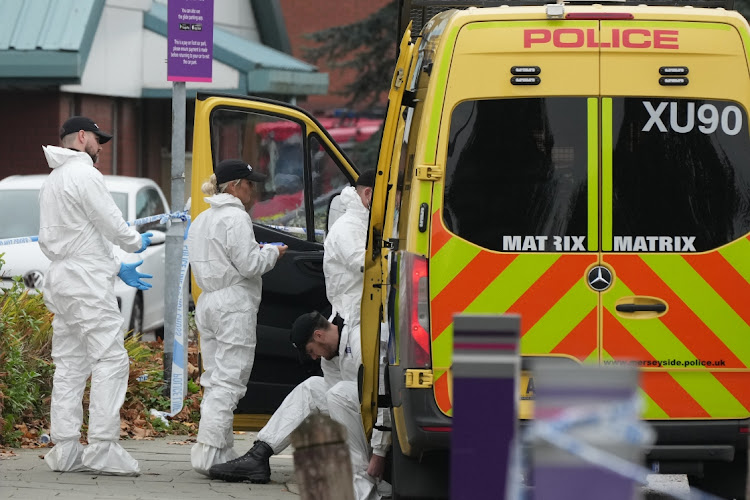 Liverpool — An explosive device that blew up a taxi in the northern English city of Liverpool on Sunday was carried on board by a passenger and the blast is being treated as a terrorist incident, police said on Monday.

British police named the suspect behind the blast as 32-year-old Emad Al Swealmeen.

"Our enquiries are very much ongoing but at this stage we strongly believe that the deceased is Emad Al Swealmeen," detective chief inspector Andrew Meeks from Greater Manchester Police said in a statement. "Al Swealmeen is connected to both the Rutland Avenue and Sutcliffe Street addresses where searches are still ongoing."

Assistant Chief Constable Russ Jackson of Counter-Terrorism Policing Northwest said: “Our inquiries indicate that an improvised explosive device was manufactured, and our assumption so far is that it was built by the passenger in the taxi.

“Though the motivation for this incident is yet to be understood, given all the circumstances, it has been declared a terrorist incident,” he said.

The explosion engulfed the taxi in flames outside Liverpool Women’s Hospital just before 11am on Sunday, when a Remembrance Day service to commemorate war dead was being held at nearby Liverpool Cathedral.

“We cannot at this time draw any connection with this but it is a line of inquiry which we are pursuing,” said Jackson.

Three men aged 29, 26 and 21 were arrested on Sunday, and Jackson said on Monday another man aged 20 had been arrested. He added that “significant items” had been found at one address while several other addresses had been or would be searched.

He said the passenger had boarded the taxi at a location in Liverpool and asked to be driven to the hospital, which was about a 10-minute drive away. The blast took place within the car as it approached the drop-off point in front of the hospital.

The driver managed to escape from the vehicle but was injured and received medical treatment. He has since been released.

Jackson said it was unclear why the passenger had wanted to go to the hospital or what had caused the sudden explosion of the device.

Earlier, Liverpool mayor Joanne Anderson described the actions of the taxi driver as heroic. The BBC said he had locked the passenger inside the vehicle.

“The taxi driver, in his heroic efforts, has managed to divert what could have been an absolutely awful disaster at the hospital,” she told BBC radio.

Prime Minister Boris Johnson praised the driver’s “incredible presence of mind and bravery”, though he did not elaborate on the circumstances. Johnson planned to chair a meeting of the government’s emergency committee on Monday to discuss the blast.

Update: November 15 2021
This story has been updated to include the name of the suspect.

Isolated by the US and Europe, the future of Ethiopia’s once reform-minded leader and Nobel laureate suddenly looks much more tenuous
World
7 months ago

Myanmar’s absence was not mentioned by Brunei, the Asean chair, or the bloc's secretary-general, at the opening of the virtual meeting
World
7 months ago
Next Article