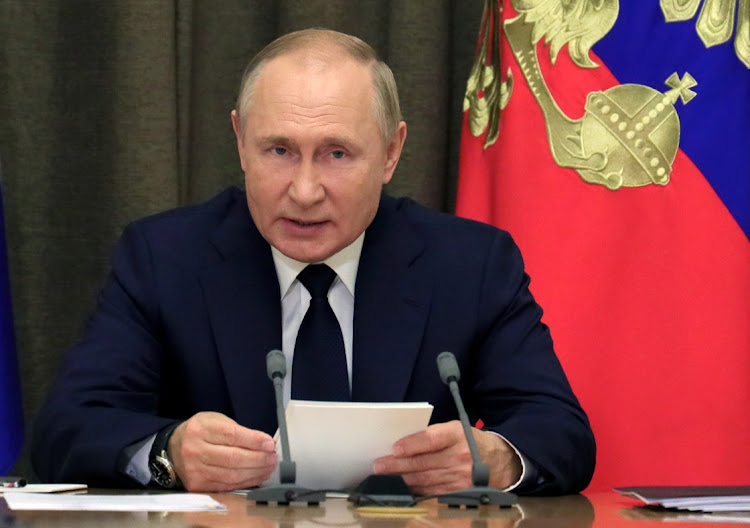 Moscow — Tests of Russia’s Zircon hypersonic cruise missile are nearing completion and deliveries to the navy will begin in 2022, President Vladimir Putin said on Wednesday.

The move is part of a bid by Moscow to forge ahead in a race with the US and others to deploy the next generation of long-range weapons that are harder to detect and intercept.

Russia in October said it had successfully test launched a Zircon missile from a submarine for the first time.

“Now it is especially important to develop and implement the technologies necessary to create new hypersonic weapons systems, high-powered lasers and robotic systems that will be able to effectively counter potential military threats, which means they will further strengthen the security of our country,” Putin said in televised remarks.

He said that in testing, the missile had successfully hit both ground and sea targets when fired from under water or from surface ships.

Some Western experts have questioned how advanced Russia's new generation of weapons is, while recognising that the combination of speed, manoeuvrability and altitude of hypersonic missiles makes them difficult to track and intercept.

They travel at more than five times the speed of sound in the upper atmosphere, or about 6,200km/h. This is slower than an intercontinental ballistic missile, but the shape of a hypersonic glide vehicle allows it to manoeuvre towards a target or away from defences.

The Pentagon in October said it wanted defence contractors to cut the ultimate cost of hypersonic weapons, as the superfast missiles being developed now cost tens of millions per unit.

In the perverted logic of nuclear war, everything is interconnected
Opinion
2 months ago