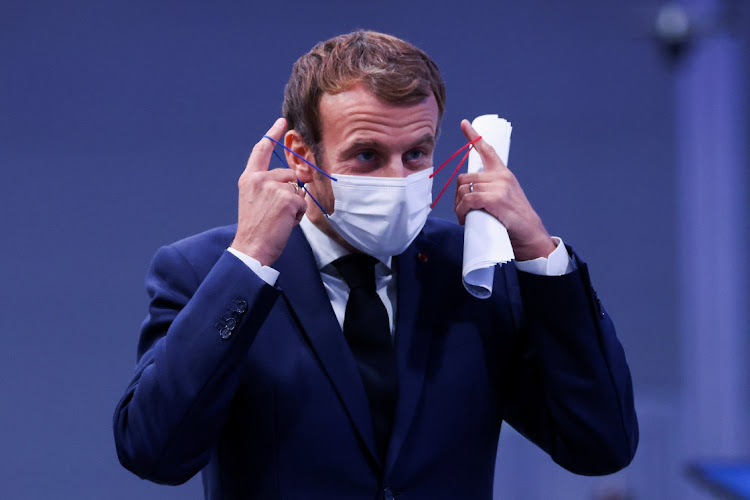 In 2017, when newly elected French President Emmanuel Macron said, “I want France to be a start-up nation,” his detractors used his phrase to mock him.

If anything, France was struggling to attract venture capital, with the annual number of investments into start-ups falling in 2016, lagging both the UK and Germany, according to data from Pitchbook.

Now fledgling French companies are raking in investor funds. On a record-setting day in September, two French technology start-ups — Sorare and Mirakl — together raised more than $1bn. In the past weeks, fintech Swile drew $200m in a funding round led by SoftBank, and the same amount was raised by ed-tech company 360learning. Already, the number of tech unicorns — start-up companies valued at more than $1bn — stands at 20, well on track to surpass Macron’s target for 25 such firms by 2025.

“The objective will be met by the end of the year,” billionaire Xavier Niel, a keen investor of the sector, said in an interview. He funds about 100 start-ups at the seed stage every year through his investment vehicle Kima Ventures. “I think we should be talking about decacorns now,” or companies with valuations above $10bn.

After decades of trying and failing to leverage its engineering and technology skills, a new generation of business founders in France may finally be finding a Silicon Valley-style momentum building. In the first six months this year, technology start-ups set a record, raising almost as much as they did in all of last year — €5.14bn compared with €5.39bn, according to EY’s first-half venture capital barometer.

In 2020, France’s tech firms amassed the same amount of funding as their German counterparts for the first time. But they still trail those in the UK, where start-ups raised almost three times as much in the first half of the year, a fact Cedric O, France’s minister for digital, shrugs off.

If French momentum keeps up, “London will have reasons to worry in the long run,” he said in an interview.

The minister attributes France’s recent success to lobbying by Macron’s government, such as inviting investors every year to the Elysee Palace and organising “Choose France” tech summits in Versailles. And the proof is a slew of steps taken to address their concerns, he said.

“We had a series of reforms to meet international standards — on taxation, the labour market, visas,” O said.

To keep the momentum going as Macron prepares for his re-election bid next year, he recently unveiled his “France 2030” plan to invest €30bn in a decade in areas such as AI, quantum, semiconductors, nuclear, hydrogen and space, with half the money directed to small companies.

During his first term, moves like the flat 30% tax on capital gains and exemption of investments in companies from the wealth tax helped bring in funds. The “French tech visa” made it easy for international engineers and developers to settle in France.

“There is a recruiting war, and the French tech visa changed our lives when it comes to attracting talent from the US or Japan,” said Thibaud Hug de Larauze, CEO of Back Market, a second-hand smartphone marketplace and recent unicorn.

The likes of SoftBank or General Atlantic now invest $100m rounds in France, something they were reluctant to do before. Half of the funding above €15m in France now include a US fund, according to Romain Lavault, general partner at Partech Ventures in Paris.

“American funds were afraid of France for mythical reasons: the taxes, the strikes, a lot of fantasies,” he said. “They have been courted, and it’s worked.”

“There was a need to create a lot of start-ups, so we had a volume strategy,” Paul-François Fournier, its head of innovation, said in an interview. “We financed 300 start-ups in 2013; it is 1,200 this year.” The bank has steadily increased funding to €300m a year over the past two years. It plans to invest €2bn in the next three years in financing funds dedicated to deep tech.

“We now see mafias — in a good sense — of people who left the first successful start-ups and are now creating new ones, simply because they know how it’s done,” he said, noting that a majority of them also become business angels. “This is what structured Silicon Valley, as much as money, and it takes time.”

However, despite the enthusiasm, the French tech scene has yet to see a clutch of major exits to cement its success. Investors in well known start-ups such as ride-hailing app BlaBlaCar and music streaming company Deezer have long been waiting for a public listing.

For the French tech start-up scene to really take off, it needs to offer successful exits for investors, said Roxanne Varza, the head of Station F, dubbed the world’s largest start-up incubator that opened in 2017 in an old railway station east of Paris.

“We discover new funds settling in Paris every week,” she said in an interview. “But for these investors to stay, we now need to see more buyouts or IPOs on Euronext.”

Cloud provider OVHcloud recently started trading on Euronext, with more success than music distributor Believe, also a recent IPO. And while it may be a while before a French start-up scales up to the size of Spotify, the Swedish music streaming service, the pieces are starting to fall in place, said Niel.

“If you just walk around town, Paris is a more dynamic city right now than post-Covid San Francisco,” he said.