‘If we start a naval war, it won’t end,’ French fishers worry

Britain, accused by France of not honouring a deal on access to British fishing grounds, has been given until Thursday to come up with a solution 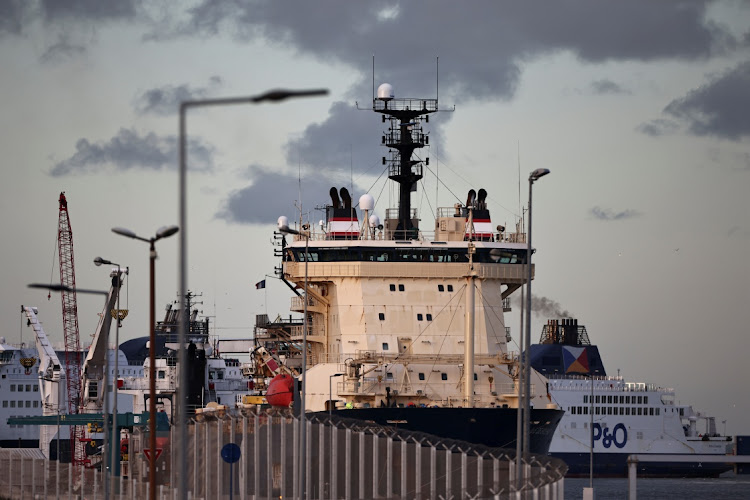 A cable layer boat is seen docked in the Port of Calais, in Calais, France, on November 2 2021. REUTERS/SARAH MEYSSONNIER

Calais — French fisher Loic Fontaine is finalising a deal to sell his boat because, cut off after Brexit from access to British waters where French fleets traditionally fished, he says the vessel can no longer earn its keep.

Fontaine though has decided to hold off signing away his boat for a few days longer, while Britain and France try to resolve their row over fishing licences that this week took them to the brink of trade sanctions, before France stepped back.

“The English are stubborn, they won’t let go ... it is better to stay friendly and to find a compromise,” he said from the port of Calais on Tuesday afternoon, after a day of fishing just 30 minutes from the coast to make sure he did not stray into British waters.

Tension escalated last week after a British boat was held in the port of Le Havre and France said it would put in place increased checks on trucks and produce coming from Britain and that British trawlers would be barred from docking in French ports from midnight on Monday.

Britain, accused by France of not honouring a post-Brexit deal on access to British fishing grounds, has now been given until Thursday to come up with a solution.

Thirty-five licences have been granted to fishing boats in the Hauts-de-France region of northern France and Fontaine’s boat, the Sainte Catherine Labouré, is one of 45 boats that is still waiting, according to a French tally.

These talks represent a last chance for Fontaine, who says that it is not worth continuing in the profession without a licence to work in British waters. In 2021, he has seen his profits drop 60% compared to previous years.

"[Now] we are all fishing in the same zone and it is getting less because we are going for the same resource — at some point we won’t get anything,” he said.

In the port of Boulogne-sur-Mer, fisher Gaetan Delsart is also getting ready to watch his catch swim beyond his reach over the next few months.

Like Fontaine, he is counting on the two countries to come to a solution soon to continue to working.

“I will hang up the keys in less than a year, I think,” Delsart says, who missed out on a licence as he did not have the approved tracking equipment installed on his boat to show he fished in British waters before 2016.

If he does have to sell, he is pessimistic he would get a decent price because, he said, “who would buy a boat without a licence?”

UK suggests it could respond in kind to French threats to disrupt trade, ratcheting up tensions in a bitter dispute over post-Brexit fishing access
World
2 months ago