Court order could force the plant to slash output while it finds raw materials elsewhere, or even shut altogether 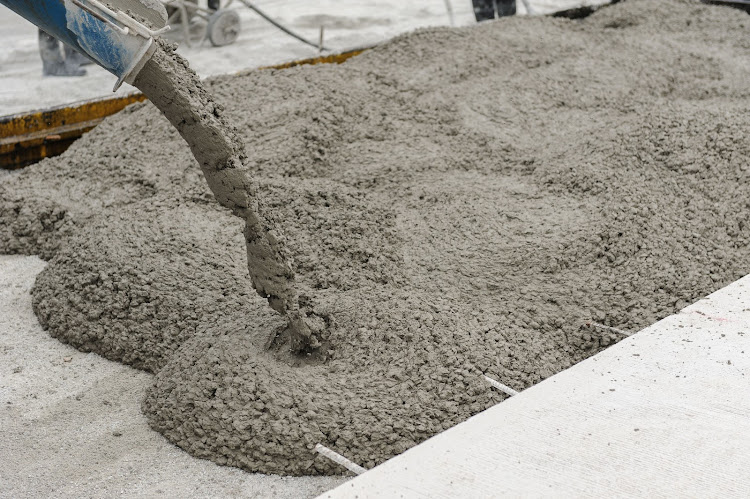 Stockholm — When a Swedish court ordered the country’s biggest cementmaker to stop mining limestone by its huge factory on the windswept island of Gotland to prevent pollution, ecologists cheered.

Besides protecting wildlife and water supplies, the ruling could force the plant that makes 75% of Sweden’s cement and is the country’s second-biggest carbon emitter to slash output while it finds raw materials elsewhere, or even shut altogether.

That might be good for Sweden’s emissions targets, but not such good news for the rest of the planet.

A government-commissioned report seen by Reuters reads it could force Sweden to import cement from countries that pump out more emissions in the overall manufacturing process — or risk huge job losses in the construction industry at home.

“Imports from countries outside the EU would probably lead to larger environmental impacts as a result of lower standards related to CO2 emissions and lower standards in land use,” reads the report, obtained via a freedom of information request.

Sweden’s dilemma encapsulates one the challenges facing nations meeting in Glasgow for the UN COP26 climate talks: how to show they are not cutting emissions by simply exporting the problem elsewhere — a phenomenon known as “carbon leakage”.

A rich, stable Nordic democracy, Sweden has long topped international environmental rankings and has managed to cut back on greenhouse gases for years while preserving economic growth on a path towards its target of net zero emissions by 2045.

It has the world’s highest carbon tax at $137 per tonne and is a leader in the use of renewable energy. In 2018, its carbon emissions per head stood at 3.5 tonnes, well below the EU average of 6.4 tonnes, according to World Bank data.

But the stand-off over the Slite cement plant epitomises the growing tension between local environment goals and the 2015 Paris Agreement signed by nearly 200 countries to try to limit global warming to 1.5° C.

“We have to weigh up the global focus — doing the most for the climate — but also maintain our high ambitions when it comes to our local environmental problems,” said Sweden’s minster for environment and climate, Per Bolund. “These two things can be balanced.”

Much of Europe’s imported cement comes from Turkey, Russia, Belarus and countries in North Africa.

They don’t have anything like the EU’s Emissions Trading System (ETS), the world’s largest carbon market and one that sets the price of carbon permits for energy-intensive sectors, including cement, within the 27-nation bloc.

The World Bank says only 22% of global emissions were covered by pricing mechanisms last year and the IMF put the average global price of carbon at $3 a tonne — a tiny fraction of Sweden’s carbon tax.

While the Swedish court’s decision was not linked to Slite’s carbon footprint, but rather the risks its quarry poses to local groundwater, the impact from an emissions point of view depends on the efficiency and energy mix of the producers likely to supply Sweden with cement to plug any shortfalls.

Slite’s owner, Germany’s HeidelbergCement, also plans to make it the world’s first carbon-neutral cement factory by 2030, but the uncertainty over its future following the court ruling may delay or even scupper the project.

“We need a decision soon on the long-term basis for these operations if that is not to be delayed,” Magnus Ohlsson, CEO of HeidelbergCement’s Swedish subsidiary Cementa, said last month.

Koen Coppenholle, head of European cement lobby group Cembureau, said he is confident European plants are “cleaner” overall because high EU carbon charges on producers have encouraged them to invest in reducing their emissions.

“In Europe, right now, we are replacing 50% of our primary fuel needs by alternative fuels,” he said

According to Cembureau data, however, imports of cement from outside the EU have jumped by about 160% in the last five years, even though total volumes remain relatively small.

But carbon leakage, where emissions are shifted from countries with tight environmental rules to ones with laxer and cheaper regimes, is an issue for dozens of industries and policymakers are trying to tackle it.

In July, the EU unveiled plans for the world’s first carbon border tax to protect European industries, including cement, from competitors abroad whose manufacturers produce at lower cost because they are not charged for their carbon output.

Europe’s cement industry supports the move, but warns it is fraught with difficulties, such as how to measure emissions in different countries given varying processes and fuels.

“If you impose strict requirements on CO2 and emissions, you have to make sure you do that in a way that you don’t push companies outside the EU,” said Coppenholle. “That’s the whole discussion on carbon leakage.”

For a country such as Sweden, which has cut its emissions by 29% over the last three decades, the issue of domestic action vs global impact goes beyond cement.

The country’s already low, and declining, emissions from domestic production dropped to just under 60-million tonnes of carbon equivalent in 2018.

But if you measure what Swedes consume, including goods and services produced abroad, the figure is about a third higher, according to Statistics Sweden, which put so-called consumption-based emissions at 82-million tonnes that year.

The local vs global perspective also raises questions about which type of industrial policy is ultimately greener.

They say switching to so-called green hydrogen power would reduce Sweden’s emissions by about 10%, a big step towards reaching the country’s 2045 net zero emission goal.

But for researchers Magnus Henrekson at the Research Institute for Industrial Economics, Christian Sandstrom at Jonkoping International Business School and Carl Alm at the Ratio Institute, this is an example of the “environmental nationalism” that benefits one country, but not the world.

They estimate that if Sweden exported the renewable energy it would use to make hydrogen to Poland and Germany instead — so they could cut back on coal-fired power — overall CO2 emissions would fall by 10 to 12 times more than by making “green” steel.

The EU’s carbon border levy, meanwhile, is only due to be phased in from 2026, potentially too late to have a bearing on the fate of Cementa’s Slite limestone quarry.

Sweden’s parliament has agreed to a government proposal to tweak the country’s environmental laws to give Cementa a stay of execution, but no long-term solution is in sight.

Environmentalists such as David Kihlberg, climate head at the Swedish Society for Nature Conservation, say easing regulations gives industries an excuse to put off changes that need to happen now.

“It would be incredibly destructive for climate diplomacy if Sweden came to the top climate meeting in Glasgow and said our climate policy is to increase emissions and the local environmental impact to pull the rug from under Chinese cement producers,” he said, referring to a hypothetical scenario that is not Swedish policy.

“The climate question is global and has to be solved by co-operation between countries.”