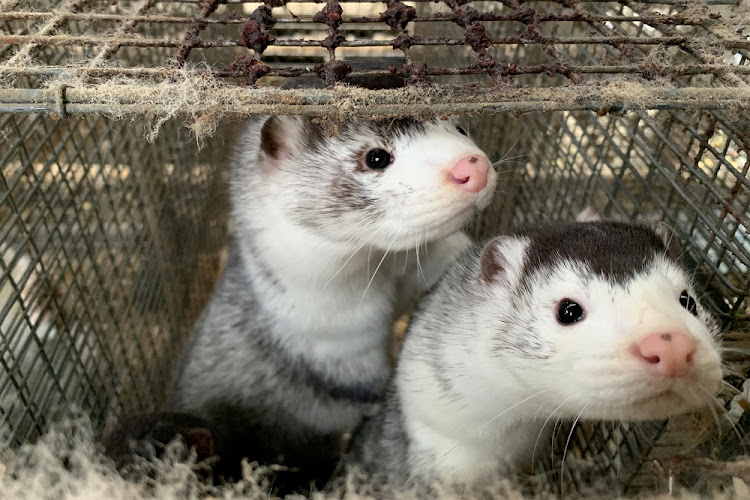 Millions of mink in Denmark are carrying a variant of Covid-19. Picture: REUTERS/JACOB GRONHOLT-PEDERSEN

Keen to avoid the total annihilation of farmed minks as seen in Denmark during the pandemic, the Finnish fur industry is organising an inoculation programme for the animals.

The Nordic nation has about half a million doses of a domestically developed vaccine ready to be used this winter, enough to protect the entire population of breeding minks from Covid-19. It is the first such programme in the EU.

Minks are known to be particularly susceptible to the virus. Denmark last year culled 17-million furry animals after concerns emerged that a mutated form of the virus was spreading through its farms, and there is evidence from the Netherlands the virus can jump between humans and mink.

In Finland, farms operate under strict lockdowns and close surveillance. No infections have so far been confirmed in the country’s minks throughout the pandemic.

Marja Tiura, MD of the Finnish Fur Breeders Association, said the vaccinations are carried out “to ensure the welfare of animals as well as to safeguard human health” and avoid the emergence of virus reservoirs.

Interest in the vaccine has been “massive”, she said in an interview on Monday, though the substance developed jointly with the University of Helsinki only has a conditional usage permit since late September.

The incentives can be considered as a stimulus package, says Lund University researcher
World
1 week ago

A third dose is associated with at least a 10-fold reduction in the risk of falling seriously ill, researchers say
World
1 month ago
Next Article