Country’s economic collapse, Covid-19 and a huge explosion in Beirut last year have left many Lebanese struggling with depression and burnout 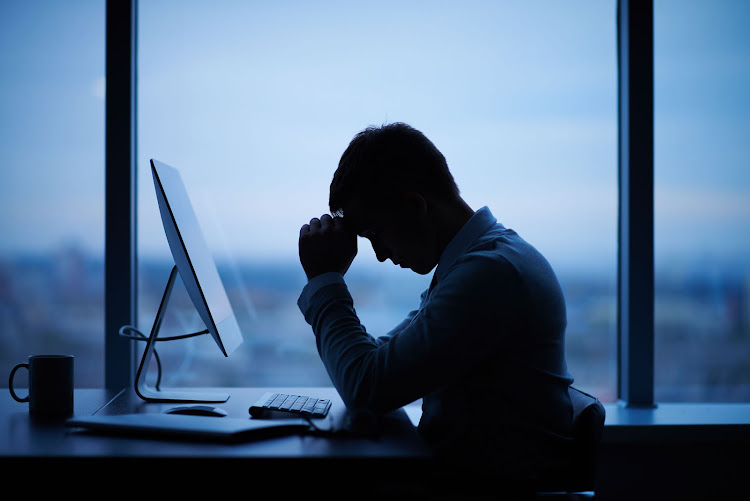 Beirut — Lebanese psychologist Bernard Sousse started offering online therapy sessions when patients said surging fuel prices meant they could no longer drive in to see him — but then the power cuts began.

Five minutes into one recent virtual session, the backup generator in Sousse’s building sputtered out, plunging him into darkness and cutting off his patient in mid flow.

Lebanon’s economic collapse, Covid-19 and a huge explosion in Beirut last year have taken a heavy toll on people’s mental health — piling pressure on support services that are struggling to operate normally due to the country’s multiple woes.

“You have to wait for the electricity to come back on, and in the meantime make up for it with a few WhatsApp messages to finish off the idea,” Sousse said.

Many Lebanese are struggling with depression and burnout, but for many people therapy is out of reach as their incomes shrink, Sousse told the Thomson Reuters Foundation.

The Lebanese lira has lost more than 90% of its value against the US dollar and inflation has ramped up prices across the board, with a therapy session now three times as expensive in local currency.

Besides the acute fuel shortages and regular power cuts, most psychiatric medications — from antidepressants to treatments for bipolar disorder — have been unavailable in pharmacies since March.

Mental health providers have adapted as best they can, turning to technology or renewable energy sources.

When diesel shortages forced Lebanon’s only suicide helpline to limit its hours, operators secured funds for solar panels to make sure sudden blackouts would not cut off distressed callers, said Rabih Chammai, head of the National Mental Health Programme, a state-sponsored body.

“We’re also rolling out an app called Step by Step — it’s a guided self-help programme to help people with depression — which is timely with the coronavirus, the lack of fuel and the economic crisis,” Chammai said.

Instagram pages including @medonations and @medsforlebanon co-ordinate efforts to bring unavailable medications into Lebanon, and regularly feature requests for antidepressants and drugs used to treat anxiety.

New initiatives offering free or inexpensive online therapy sessions have popped up as more established NGOs struggle to meet the increase in demand.

Be Brave Beirut, a grass roots organisation set up after the August 2020 explosion, offers free therapy with certified psychologists, as well as more informal sessions with a growing network of emotional support volunteers around the world.

They can be reached on LinkedIn or Instagram, sessions take place on WhatsApp — sometimes even by texting — and trainers hold online webinars to coach volunteers in psychological first aid and other methods.

Co-founder Bana Itani said the informal structure meant volunteers and beneficiaries could adapt to power cuts — “but if there’s an internet blackout, yes, of course we’d be in serious trouble”, she said.

Some parts of Lebanon have dealt with intermittent internet outages because transmission towers lack the fuel to operate, the country’s state internet provider Ogero has said.

Another community initiative, Lebanon For You, said it was inundated with requests for free therapy sessions.

“People used to contact us just through direct messages. Now a lot of people contact me via WhatsApp, even at 11pm, needing therapy sessions. They call, they use LinkedIn, Facebook — we didn’t see that kind of outreach before,” said co-founder Ghida Allam.

But as needs mushroom, capacities are shrinking: at least 13 of their network’s 40 psychologists have emigrated and others have taken time off to deal with their own burnout.

Chammai said such initiatives would only be a stopgap for as long as the underlying causes of Lebanon’s mental health crisis persist.

“If you have a broken sidewalk and people are breaking their legs all the time by walking on it, do you ask whether you should treat people or fix the sidewalk? No, you do both,” he said.

For the country’s worn-down mental health carers, however, the focus is day-to-day survival, said Pia Zeinoun, vice-president of Embrace, which runs the suicide helpline and a mental health centre.

“But the barriers of the nation just keep piling up — onto the people and onto us.”

BOOK REVIEW: We need to talk about death

BOOK REVIEW: We need to talk about death