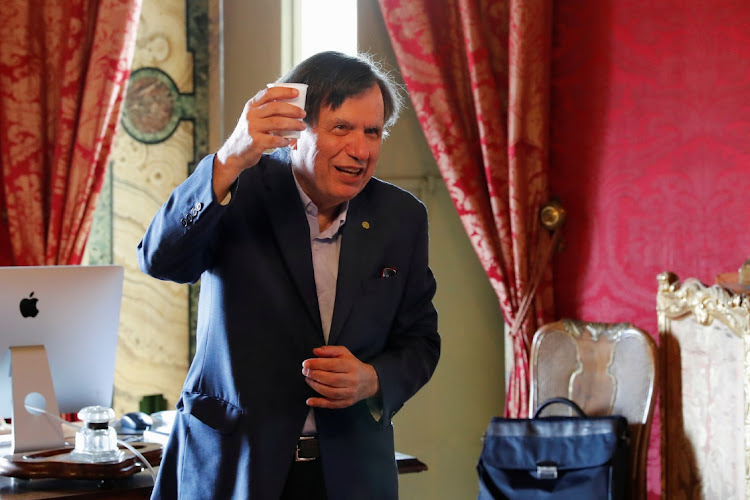 In a decision hailed by the UN weather agency as a sign of a consensus forming around man-made global warming, one half of the 10-million Swedish kronor ($1.15m) prize goes in equal parts to Manabe, 90, and Hasselmann, 89, for modelling earth’s climate and reliably predicting global warming.

The other half goes to Parisi for discovering in the early 1980s “hidden rules” behind seemingly random movements and swirls in gases or liquids that can also be applied to aspects of neuroscience, machine learning and starling flight formations. 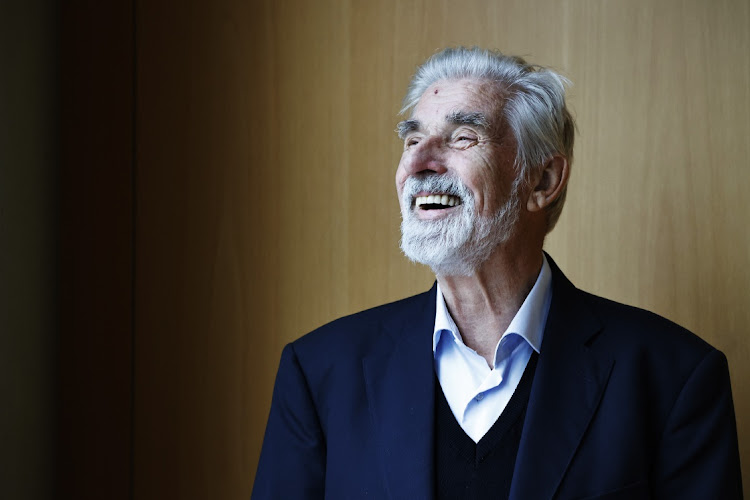 “Syukuro Manabe and Klaus Hasselmann laid the foundation of our knowledge of the Earth’s climate and how humanity influences it,” the Royal Swedish Academy of Sciences said in a statement. “Giorgio Parisi is rewarded for his revolutionary contributions to the theory of disordered materials and random processes.”

Hasselmann, who is at the Max Planck Institute for Meteorology in Hamburg, said from his home that he did not want to wake up from what he described as a beautiful dream.

“I am retired, you know, and have been a bit lazy lately. I am happy about the honour. The research continues,” he said.

The academy said Manabe, who works at Princeton University in the US, had laid the foundation in the 1960s for today’s understanding of Earth’s climate after moving to the US from Japan to continue his research.

Interviewed by US and Japanese journalists at his home, Manabe said he believed his award reflected the academy’s recognition of climate change, which he said will continue to intensify with more droughts, torrential rains, warming of land masses and melting of polar ice.

“Already, as you know, there are many phenomena showing climate change is happening,” he said in Japanese. “And I think that is the reason why the theme of climate change was selected for the award this time.” 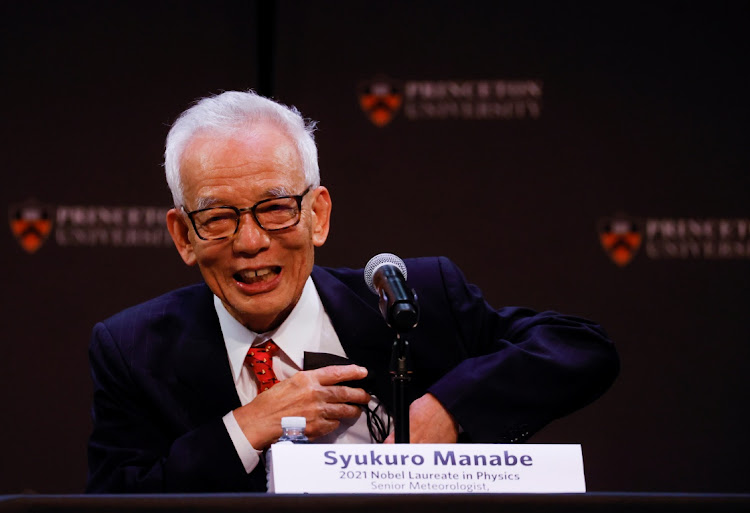 Asked in English how he would address climate change sceptics, he smiled and replied, “That problem is about a million times more difficult than understanding climate change. It is very mysterious to me.”

Hasselmann, the academy said, had developed models about 10 years later that became instrumental in proving that mankind’s carbon dioxide emissions cause rising temperatures in the atmosphere.

Parisi, who dialled into the media briefing announcing the winners, was asked for his message to world leaders due to meet for UN climate change talks in Glasgow, Scotland, from October 31.

“I think it is very urgent that we take real and very strong decisions and we move at a very strong pace,” said the 73-year-old Nobel laureate, who works at Sapienza University of Rome.

“It is just that people are not willing to accept the fact that they have to react now for something that will happen in a few years,” he said.

Work on climate change has been recognised by Nobel prizes before.

Former US vice-president Al Gore and the UN climate panel received the Nobel peace prize in 2007 for galvanising international action against global warming. William Nordhaus won one half of the 2018 economics prize for integrating climate change into the Western economic growth model.

Swedish climate activist Greta Thunberg is also seen as a strong contender for 2021’s peace prize, due to be announced from Oslo on Friday.

“Sceptics or deniers of scientific facts ... are not so visible any more and this climate science message has been heard,” World Meteorological Organization secretary-general Petteri Taalas said of this year’s award.

Physics is the second Nobel to be awarded this week after Americans David Julius and Ardem Patapoutian won the prize for medicine on Monday for the discovery of receptors in the skin that sense temperature and touch.

The Nobel prizes were created in the will of Swedish dynamite inventor and businessman Alfred Nobel and have been awarded since 1901 with only a handful of interruptions, primarily due to the two world wars.

Like 2020, there will be no banquet in Stockholm because of the Covid-19 pandemic. The laureates will receive their medals and diplomas in their home countries.

The physics prize announcement will be followed in the coming days by the awards for chemistry, literature, peace and economics.

The world needs unity as it faces a 'decisive decade', US leader tells General Assembly
World
10 months ago
Next Article

Climate envoys to hammer out finance facility for SA

Climate envoys to hammer out finance facility for SA