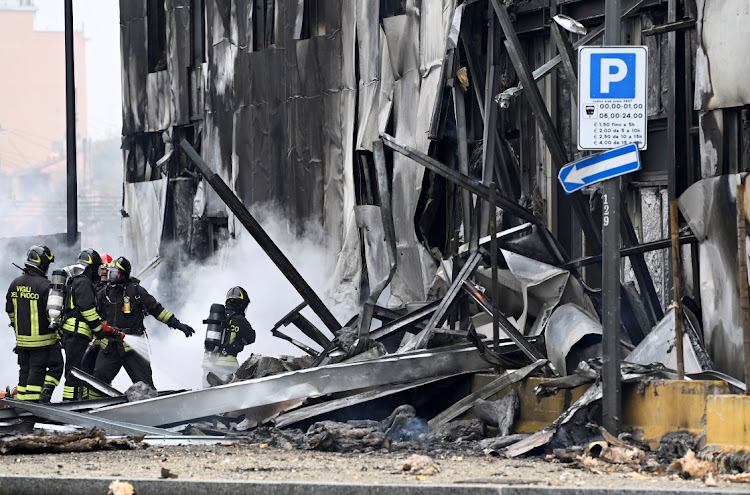 Fire fighters work at the scene where a small plane crashed into a building in San Donato Milanese, Italy, on October 3 2021. Picture: REUTERS/FLAVIO LO SCALZO

Romanian billionaire Dan Petrescu died in a plane crash near Milan on Sunday, according to Italian media reports.

Petrescu, 68, was reported by Romanian media to be one of the richest people in his country, with personal net worth of over €1bn.

Eight people died in the crash, including Petrescu’s wife and son. Romania’s foreign ministry confirmed the death of seven of its citizens, all of whom held dual citizenships.

Petrescu was reported to be the pilot of the single-engine Pilatus PC-12, which had been due to fly from Milan to the city of Olbia on the island of Sardinia. The aircraft went down minutes after take-off, crashing into a building site.

Holding both Romanian and German citizenship, Petrescu kept a low profile as he built up a fortune in the post-Communist era.

Petrescu partnered in ventures with former tennis star and sports impresario Ion Tiriac and held a stake in UniCredit Tiriac Bank. His Rocar holding company was active in the Romanian real estate sector with interests in a number of shopping malls. Much of Petrescu’s wealth stemmed from lucrative rental contracts with retail chains including Metro and Carrefour.

The plane’s black box has been recovered, according to Italian media.