Swiss firm and five bankers charged in US over tax fraud 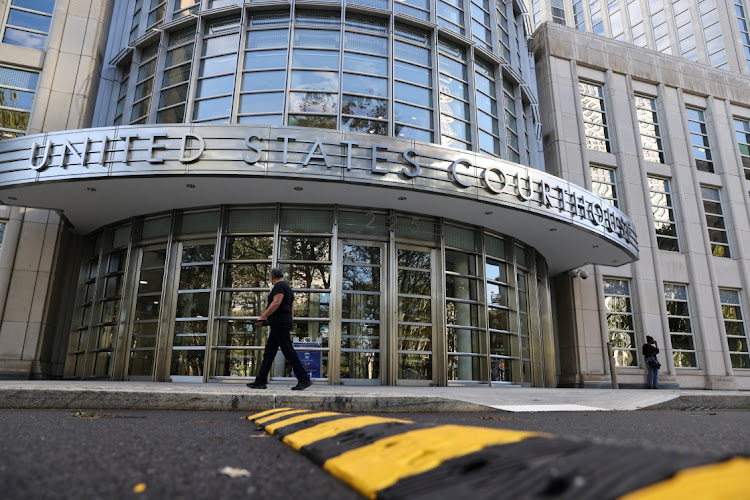 A court in New York City, the US, September 24 2021. Picture: REUTERS/ANGUS MORDANT

A Swiss firm and five bankers were charged with tax fraud conspiracy, with prosecutors in New York alleging they helped an unnamed hedge fund manager and two other US taxpayers hide $60m in assets by moving the money to other jurisdictions.

In a 2020 indictment unsealed this week, Manhattan federal prosecutors said Swiss financial firm Allied Finance Trust and two of its executives, Bernhard Lampert and Rolf Schnellmann, conceived the scheme and oversaw the funds.

Three Privatbank IHAG bankers, including former compliance head Ivo Bechtiger and Daniel Walchli, were also indicted, though the Zurich-based bank was not itself charged.

Privatbank relationship manager Peter Ruegg was arrested in Spain in August, prosecutors said. A sixth individual, Roderic Sage, was charged with acting as the CEO of a Hong Kong firm that created shell entities used to hide the taxpayer’s identities.

The vast majority of the concealed assets cited in the case by prosecutors, almost $49m, belonged to a Manhattan hedge fund manager identified in the indictment as “Client-1”. The account had actually been created by Client-1’s father in the 1960s, but passed to Client-1 upon the father’s death. After that, Client-1’s family accessed the funds through semi-annual trips to Zurich, where they would withdraw hundreds of thousands of dollars in cash and carry or mail it back to the US.

Prosecutors said Client-1’s funds were held in the name of a Liechtenstein foundation to conceal the connection to his family, and that his account also held shares in a “relatively illiquid” hedge fund that he operated.

The Manhattan US attorney’s office did not immediately respond to a request for comment on whether Client-1 had been charged or is under investigation.

According to the charges announced on Tuesday, the Privatbank bankers approached a handful of high-value US clients and offered to help them keep their assets hidden. They pitched a scheme dubbed the “Singapore Solution”, in which the funds were transferred through nominee accounts in other jurisdictions, and then repatriated to Switzerland in newly opened accounts nominally held by a Singapore-based asset manager.

Later, when they perceived a growing risk of detection, they moved the funds back to Singapore. The financial firms and the bankers earned fees in exchange for their work.

Prosecutors said one of the taxpayers, Wayne Franklyn Chinn, pleaded guilty in secret in San Francisco federal court two years ago to participating in the scheme. Chinn agreed to turn over $2.2m hidden in Singapore banks. A lawyer for Chinn did not immediately respond to a request for comment.

In response to widespread concealment of American assets in Swiss banks, the US launched an amnesty programme more than a decade ago that allowed taxpayers to avoid prosecution by declaring hidden funds to the Internal Revenue Service, paying a fine and back taxes. Tens of thousands of Americans took advantage of the programme, but a small fraction — called “leavers” by authorities — instead moved money from Swiss accounts to more opaque locales, including Singapore and Hong Kong.