People seriously hurt in blast at residential building in Sweden 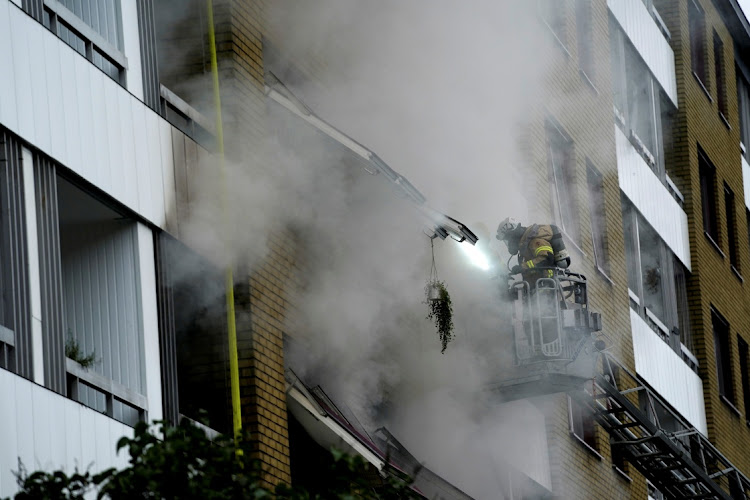 Gothenburg — Four people were seriously hurt in an explosion and fire in a central residential area of the Swedish city of Gothenburg early on Tuesday.

The immediate cause of the blast and blaze was unclear. At least 16 people were taken to hospital after fire fighters pulled people out of a residential bloc from which smoke was billowing.

Three women and one man were treated for serious injuries, a Sahlgrenska University Hospital spokesperson said.

Swedish public services radio SR reported that an estimated 25 people had been taken to hospitals around Sweden's second largest city. Police said they had opened an investigation but could not give more details.

Emergency services said they were working to evacuate people and put out fires in the building. They ruled out a gas leak but refrained from speculating on the cause of the explosion.

Anja Almen, who lives in the building, said she heard a commotion from the street just after 5am — about 15 minutes after the explosion.

“I went out on the balcony and I was shocked. There was smoke everywhere, from every stairwell,” she said by phone from a nearby church to which she and other tenants were evacuated. “Fire trucks with ladders were pulling people from apartments.”

A spokesperson for the emergency services said several hundred people had been evacuated from the vicinity of the explosion and fire.

The Nordic country has contended with surging gang crime in recent years, with rival groups employing explosives and fire arms to settle scores.

Sweden leads the way in Europe with a surge in listings

Sweden has almost 1,000 listed companies, with 83 going public in Stockholm in 2021
Companies
2 months ago
Next Article