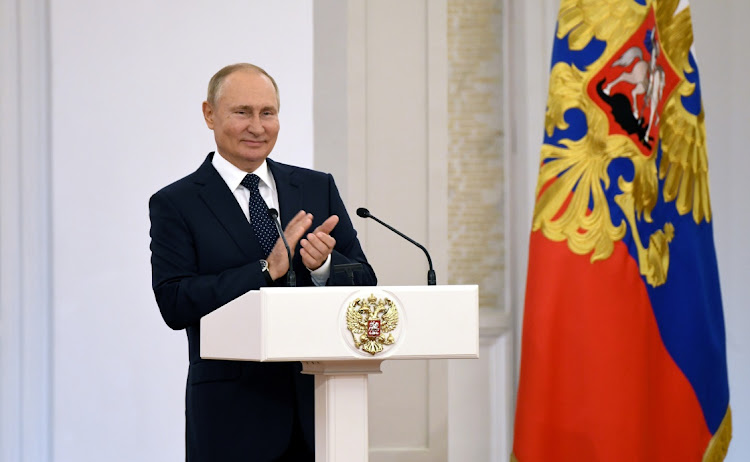 President Vladimir Putin has sidelined the last of his independent political opponents, jailing some and driving others into exile, as his ruling party seeks to extend its control in parliamentary elections despite simmering discontent.

While Putin personally retains broad support, according to polls, his United Russia ruling party recorded some of the lowest ratings in almost a decade earlier this year, scorned by voters angry over stagnant living standards and unpopular policies.

But the Kremlin is taking no chances, determined to ensure that the party wins another commanding majority in the State Duma, as the lower house of parliament is known. Putin has pitched in with promises of as much as 700bn roubles in pension and other spending this month.

“As long as the regime has enough financial resources, if it doesn’t make major mistakes that really stir up the population, it can survive,” said Tatiana Stanovaya, founder of R.Politik, a political consultancy. The September 17-19 vote is its latest test.

Some polls put the ruling party’s popularity as low as 27%. Still, the Kremlin is seeking to get about 45% of the party-list vote, squeezing independent competitors off the ballot and keeping turnout low to ensure the impact of loyalist voters among state workers and pensioners, according to people familiar with the planning. The ruling party will make up the rest of the seats needed for control in the district races that allocate the other half of the spots, they said.

Mass protests after elections in neighbouring Belarus last year alarmed the Kremlin, the people said. Moscow has staunchly backed President Alexander Lukashenko in crushing the opposition, despite criticism and sanctions from the West.

In Russia, there’s little sign of major protests this time, according to Lev Gudkov, deputy head of the Levada Center, an independent pollster.

“There’s a relatively high level of dissatisfaction but the repressive tactics are successful in keeping people off the streets,” he said.

Authorities deny there is a crackdown on critics and have vowed to conduct fair elections. But some Kremlin insiders fear that even with the tight control over the process, United Russia may struggle to deliver strong results in regions where economic problems are worst.

Authorities mounted a fierce crackdown after tens of thousands of people rallied in cities across Russia in January after the imprisonment of opposition leader Alexey Navalny.

After narrowly surviving a nerve-agent attack last year that he and Western governments blamed on the Kremlin, the 45-year-old Putin critic is in a penal colony. Russian officials deny any role in his poisoning.

Authorities banned his national network earlier this year.  Supporters have been forced off the ballot and faced criminal charges. A court ordered internet companies to block all references to a protest voting app he and allies had developed to sap support for United Russia.

Even tame critics of the government such as the Yabloko pro-democracy party are finding themselves pushed to the margins.

In a St Petersburg municipal race, Yabloko’s Boris Vishnevsky is facing two lookalike spoiler candidates who changed their name to his. He’s been in politics since 1999 and said, “Each time it seems it’s the dirtiest election ever, but they’re always worse than before.”

The Communists, Russia’s second-largest parliamentary bloc, are also feeling the pressure with one of its best-known politicians barred from running because of accusations he owns offshore assets.

This is all part of a “systematic” policy of eliminating the most popular rivals to United Russia, said Grigory Melkonyants, co-chair of the vote monitoring group Golos.

Putin, 68, already Russia’s longest-entrenched ruler since dictator Josef Stalin, last year took advantage of the ruling party’s commanding majority to push through constitutional changes that allow him to stay in office until 2036.

Since the public associates most of United Russia’s leadership with unpopular domestic initiatives such as the 2018 increase in the pension age, the party turned to two officials associated with Putin’s still-popular foreign policy to lead its list in the vote this time.

But neither Foreign Minister Sergei Lavrov nor Defence Minister Sergei Shoigu is expected to actually take a seat in parliament after the vote, according to people familiar with the plans.

Elections matter to authoritarian states, and Putin has long relied on ballots to bolster his image as a leader of unparalleled popularity and ...
Opinion
1 month ago
Next Article