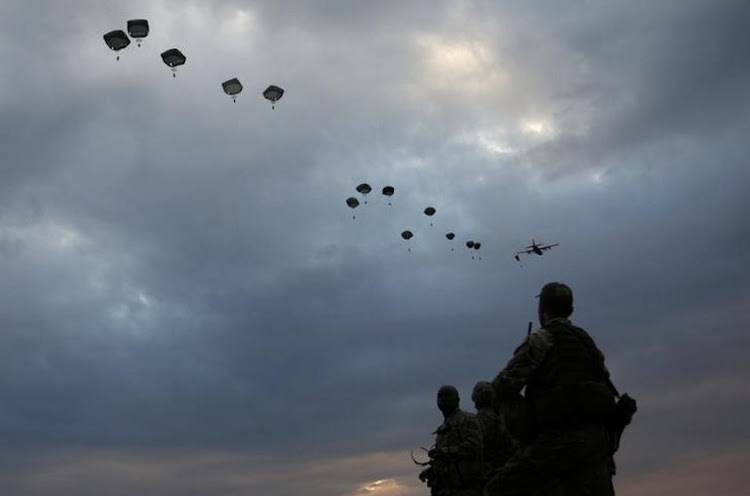 Russia is mobilising as many as 200,000 troops in war-games with Belarus, including thousands along their borders with the North Atlantic Treaty Organisation, as Moscow tightens military links with its isolated ally.

Citing what he called “unending hybrid aggression from the West towards Belarus and Russia,” Belarusian President Alexander Lukashenko told troops on Sunday at the Zapad-2021 war-games that “we are preparing to defend our land.” He said he’s seeking new weapons from Russia, including advanced air-defence systems and warplanes.

“The big volumes show how seriously we and the Russian Federation take this Western direction, where we are very close to Nato troops,” Lukashenko said.

Russia has tightened its embrace of its longtime ally in the year since Lukashenko’s harsh crackdown on antigovernment protests triggered a wave of western sanctions and other pressure on his government. In talks in Moscow last week, Russian President Vladimir Putin pledged more financial support and tighter economic ties, but Lukashenko said much of the eight hours of discussion was devoted to military co-operation.

Putin last week said the two leaders had committed to joint defence of their “Union State” and its borders with Nato members Poland and Lithuania.

The meetings in Moscow included discussions of advanced S-400 missile defence systems, according to a statement posted Sunday on Lukashenko’s website.

Lukashenko said S-300 systems were currently deployed to protect Belarus from the West, but he needed a more advanced system to secure his country’s southern border with Ukraine. Planned purchases could exceed $1bn , according to the Belarusian state news agency Belta.

Lukashenko said that by 2025 he wants dozens of new warplanes and helicopters from Russia. Belarus lacks the funds to pay for such deliveries, but Moscow has in the past offered discounted loans to weapons buyers.

The Zapad-2021 manoeuvres are taking place mostly in western Russia and involve as many as 200,000 troops, as well as 80 warplanes and helicopters, 760 armoured vehicles and 15 ships, according to Russia’s defence ministry.

“Zapad fits into a broader pattern: a more assertive Russia, significantly increasing its military capabilities and its military presence near our borders,” Nato Secretary-General Jens Stoltenberg said, according to the Financial Times.

Putin will oversee the effort on Monday by visiting the Mulino training ground in Nizhny Novgorod, about 400km east of Moscow, according to the Kremlin. Other participants will include India, Mongolia, Armenia, Kazakhstan and Kyrgyzstan.

“For Putin, these exercises are aimed at quickly concentrating forces,” said Ruslan Pukhov, head of the Centre for Analysis of Strategies and Technologies, a Moscow defence consultancy. “Nato’s forces are much stronger than Russia’s, but the side that can concentrate and move its forces faster has a greater chance.”

Nato called on Moscow to be more transparent about the manoeuvres , alleging that Russia had understated the number of troops involved, Reuters reported on September 3.

Russia is stepping up its military presence in Belarus by deploying Su-30SM fighter jets for joint patrols. Anti-aircraft missile forces also began joint missions along Belarus’s western edge, which borders Nato, according to the defence ministry in Minsk.

While Belarus has so far resisted requests to host a Russian base on its territory, the drills come amid heightened tensions in the region.

Poland declared a state of emergency after accusing Belarus of using asylum seekers as a weapon after increased traffic across the border of migrants from Iraq and Afghanistan. Fellow Nato allies Latvia and Lithuania are locked in a similar stand-off with Belarus over migrant flows into the EU states.

Soviet putsch relieved Russia of communism, but it remains a matter of shame