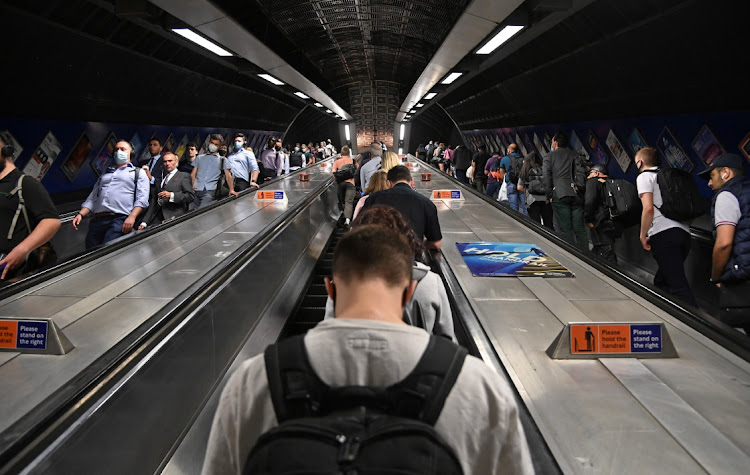 Brexit and Covid-19 are helping to deliver a long-promised blue-collar wage boom in the UK.

A combination of the pandemic and new immigration rules after the country left the EU has left key industries suffering from intense shortages of workers. With the supply of candidates falling at a record pace, that’s fuelling a rapid escalation of wages as firms scramble to fill vacancies left by immigrants from EU countries.

But despite pay increases and sign-on bonuses, there isn’t a ready stream of U. workers to fill the void. While almost 2-million have either lost their job during the pandemic, left the workforce or are on furlough, there’s a mismatch between those people and the skills needed.

After years of stagnant pay, the situation is a rare moment of leverage for some workers to secure better conditions. Posted salaries for job openings in construction are up almost 7% in 2021, with those for drivers rising 5.7%, according to data up to July on jobs website Indeed.

Drivers for supermarket chains Sainsbury and Tesco are considering strike action. The British Meat Producers Association says pay for processors has spiked to as much as £18 an hour, twice the minimum wage.

“Companies have never had any issue saying, well, we can’t get a CEO for a million quid, we will put that up to 1.25-million,” said Andy Prendergast, acting national secretary for the GMB union. “They’ve always had that reluctance to do that when it comes to shelf stackers or cleaners or labourers on building sites.”

A report from the Recruitment and Employers Confederation (REC) on Thursday showed vacancies jumped in August, but the supply of candidates plunged. That sent starting salaries up at the fastest pace since it began collecting data in 1997.

The shortages are already leading to public signs of strain. The British summer has been filled with stories of firms in dire need of truck drivers, and pictures of empty shelves at supermarkets.

Warnings about Christmas deliveries have also surfaced, sucking some of the optimism out of the economy’s rebound from successive virus lockdowns. The British Chambers of Commerce says staff shortages will hamper growth in the coming months.

How the government and businesses deal with the dilemma will help direct the economy towards a smooth recovery or a bumpy ride. A sustained jump in pay rates could add to inflation and worry Bank of England policymakers, who’ve started already talking about the need for higher interest rates.

The UK’s biggest business lobby warned this week that the issue could last for as long as two years, and recent figures point to a worsening situation. Employers added 200,000 job adverts in the last week of August alone, and the REC estimates the total is almost 1.7-million.

About 60 of those vacancies can be found at Corbetts the Galvanizers, a 161-year-old steel firm in Shropshire, where chair Andy Dodwell has tried to lure workers with higher wages, flexible working hours and other perks.

“There’s just not enough local labour to get on board and bring to work,” he said. “It’s a big, big challenge. And I don’t see it ending until probably very late in 2022.”

That said, there are signs the latest developments don’t mark the start of a new trend in rampant wage growth.

Big increases are confined to a very limited number of roles, and many of the incentives are sign-on bonuses that won’t apply to existing staff. The use of that enticement has increased 66% in the past five months.

“On balance, we’re unlikely to see persistent increases, certainly on the scale we’ve seen,” said Reamonn Lydon, an economist at Ireland’s central bank who works with Indeed on labour data. “Some of those increases in the first half of the year are around 7%. It would be very, very hard for the sectors to sustain this.”

The government has so far refused to address the worker shortages by allowing changes to its visa policies.

The irony is the current situation, albeit sharpened by Covid-19, is exactly what both sides said would happen during the 2016 Brexit referendum. Leave campaigners promised higher wages, while Remainers warned of food left rotting in fields amid a lack of foreign workers.

After trade hassles earlier in 2021, many businesses see the latest issue as another example of the government “delivering” Brexit, but leaving them to deal with the consequences. The stance could perhaps be summed up by the Twitter page of David Frost, the UK’s Brexit minister, which says: “You can’t have freedom for free.”

“That’s not what was on the table a year ago,” said David Lindars from the British Meat Producers Association. “At the end of the day, there’s no extra people. They can’t come here because of our immigration policy.”

Britain’s Labour Party under fire for plan to cut staff

Britain’s Labour Party under fire for plan to cut staff