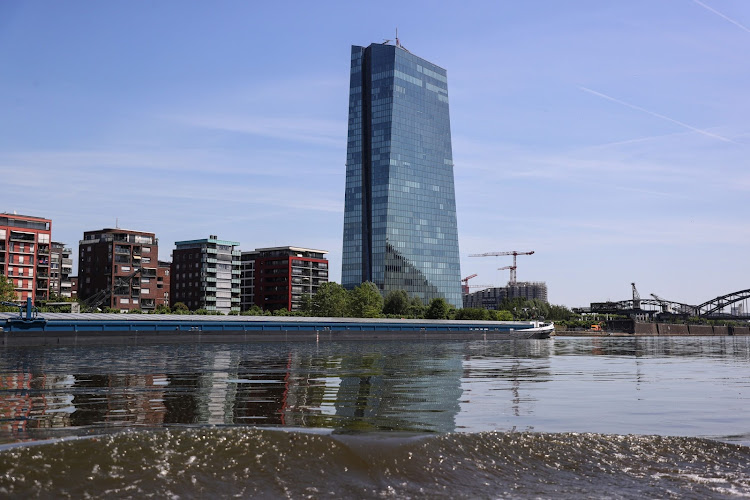 A milestone moment for European regulators risks ending as a flop as banks warn they won’t have the client data they need in time for climate stress tests in 2022, according to a survey of the industry conducted by Bloomberg.

The European Central Bank (ECB) has already voiced concern that lenders appear unprepared for the upheaval that’s ahead as extreme weather becomes more frequent and carbon emissions grow increasingly costly. Behind the scenes, the ECB is ratcheting up pressure on the finance industry to adjust, according to people familiar with the process. The stakes are high, and banks that fall behind risk more onerous capital requirements, leaving less for shareholders.

A survey of 20 major European banks shows there’s near universal agreement that the industry has little likelihood of being ready by 2022, in large part because much of the client data needed to inform the tests won’t be available until a year later. For that reason, banks are lobbying to ensure the results aren’t made public.

It’s the latest sign that the finance industry is struggling to adapt to Europe’s ambitious goal of steering capital away from polluters as scientists warn time is running out to save the planet from a climate catastrophe. For asset managers, the Sustainable Finance Disclosure Regulation is intended to prevent greenwashing. For banks, a green asset ratio and climate stress tests are tools designed to make sure the industry can stay solvent through the transition.

Jo Lock, a financial trainer at Fitch Ratings in London, says she’s fielding lots of calls from banks asking for help to deal with rules for handling environmental, social and governance risks.

In the meantime, Fitch says the industry should prepare for the likelihood that there’ll be additional capital requirements tied to climate risk. “We may see things start with some kind of add-on or buffer or just more of a nominal charge to capital,” Lock said.

That’s likely to feed through to shareholders and clients. Banks may need to cut dividends and to impose higher fees on borrowers whose climate risk triggers extra capital requirements. Banks’ funding costs may also rise.

Catharina Belfrage Sahlstrand, the head of sustainability at Svenska Handelsbanken AB, says investors will “look closely into the disclosure of banks to look for elevated risk levels.” If they don’t like what they see, the cost of issuing debt and equity will probably go up, she said.

The ECB has made clear it’s unhappy with the industry’s progress to date. President Christine Lagarde said in July that a “substantial majority” of the banks overseen by the ECB’s supervisory unit “are not meeting” expectations. And according to an ECB survey, banks themselves have admitted that 90% of their climate reporting either doesn’t meet, or only partially meets the supervisor’s expectations.

The finance industry faces an increasingly robust regulatory landscape in which patience is running out for foot dragging. The shift in mood was underlined in August, as it emerged that the asset management arm of Deutsche Bank, DWS Group, is the subject of investigations in the US and Germany for allegedly publishing puffed up claims about its ESG commitments.

The probes into DWS, which says it did nothing wrong, have reverberated throughout Europe’s investment management industry as firms nervously review the ESG material they’ve published to make sure they’re not vulnerable to similar legal risks.

For banks, the stakes may be even higher as corporations in Europe tend to rely more on their lenders than on capital markets for funding. The Basel Committee on Banking Supervision, which sets global rules, has warned of the potential for “significant costs and losses” for lenders as regulators impose new rules, technologies develop, and sentiment sours around polluters. In August, the ECB told banks to pick up the pace at which they reflect climate and environmental risks in their business after observing an “alarming” sluggishness across the industry.

The European Banking Authority, which sets regulatory requirements, has published guidelines for big banks on how to disclose ESG risks from June 2022, and for how national authorities should address individual banks’ solvency needs. Stress-test results are likely to inform those reviews.

Investors are already taking note, as the potential costs to banks whose books reveal unacceptable levels of carbon intensity could prove a game changer. Most banks surveyed by Bloomberg want regulators to phase in requirements gradually, citing not only problems with client data, but also the need to co-ordinate with regulations outside the EU.

Mark Naur, a credit analyst at Danske Bank, predicts it will “take quite some time” until banks have a set-up in place that reflects ESG risks. Lenders don’t yet have a “clear overview of the ESG characteristics” of their books, much less an ability to translate that into credit risk. That, he said, “is where I think the really daunting task lies.”

The Bank for International Settlements said in July that regulators are likely to acknowledge that the first round of climate stress tests — due to their “preliminary nature” — won’t be enough to justify an immediate increase in capital requirements. But banks should expect a regulatory review of their business models and daily risk management through the lens of climate change, BIS said.

It’s a new ballgame for the industry, according to Johanna Fager Wettergren, deputy executive director at the Swedish Financial Supervisory Authority.

“The challenges are not unique for banks but the monitoring of ESG risks is in some aspects a relatively new area for financial institutions, with a fast developing regulatory framework,” Wettergren said.