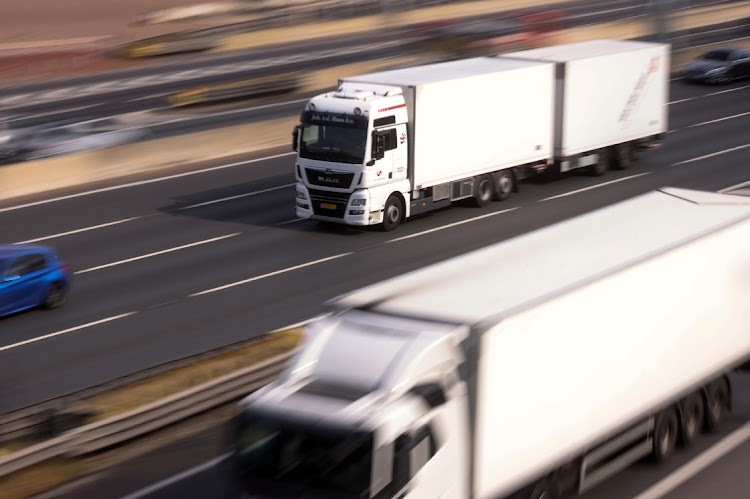 British Prime Minister Boris Johnson’s reluctance to turn to the EU to ease a supply chain crisis, which has seen shelves in supermarkets run empty, has highlighted his government’s priority: Brexit first.

For Johnson, who spearheaded a campaign to leave the EU and vowed to “take back control” of the UK’s borders and secure more jobs for British workers, immediately turning to cheap EU labour to fix a national shortage of truck drivers would be politically fraught.

Doing so would amount to a tacit admission of an advantage of EU membership, said Julian Jessop, an economics fellow at the Institute of Economic Affairs, a free-market think-tank.

“They don’t want to admit that free movement of workers has brought some benefit to the UK,” said Jessop, who has been a public defender of leaving the EU. “That might look like a lack of confidence in Brexit.”

But the shortfall — only in part caused by Brexit — is causing chaos for business and consumers. Nando’s has been forced to close some of its fast-food outlets amid a shortage of chicken, while McDonald’s ran out of milkshakes in Britain. The country’s hospitality and food industry has warned that shortages such as these will worsen as demand increases later in the year.

“Brexit was always going to cause a tension in Tory philosophy between a commitment to free markets and a commitment to sovereignty,” said Tim Bale, professor of politics at Queen Mary, University of London. “In the end, they chose sovereignty.”

The key question for Johnson in coming weeks is whether he can stick to his line if the crisis worsens. The return of schools and the lifting of coronavirus restrictions will put greater pressure on supply chains. On Monday, the head of the country’s biggest business lobby group warned that labour shortages could persist in the UK for as long as two years.

Johnson may hit a tipping point where it becomes politically expedient to change course, Bale said. “If we get too many ‘Christmas is cancelled’ headlines, we’ll probably see the government relent,” Bale said. “It would cause them a few bad headlines for a few days, but nothing like the kind of difficulties they would face if there were shortages of products on the shelves.”

With no immediate signs of a change of heart from Johnson, businesses will have to bear the brunt. An Office of National Statistics report published on August 26 found 7% of firms were unable to source materials, goods or services they needed from within the UK in the previous two weeks.

Despite repeated calls from the logistics industry for temporary visas for EU drivers to address the problem — with the sector saying there is a 100,000 shortfall of drivers of heavy goods vehicles — the UK government has consistently rejected the plea, urging firms to train and recruit more drivers locally, pay better wages and improve working conditions.

“We want to see employers make long-term investments in the UK domestic workforce,” the department for business, energy & industrial strategy said in a statement. “We’re working closely with industry to address sector challenges.”

To be sure, the roots of the shortage are complex and historical. Britain did not have enough truck drivers before Brexit, and low pay, antisocial hours and lack of parking spaces and toilet facilities have long deterred potential drivers. A recent tax change has also made the career less lucrative.

While the UK is not alone in experiencing labour shortages and supply chain disruption, businesses are growing increasingly exasperated by what they see as Johnson’s standout position on EU migration. They point out that it can take up to six months to train new drivers — but they need the labour now — and that the shortages extend beyond truckers.

Other key roles in the food industry such as butchers and engineers are not being filled, according to British Frozen Food Federation CEO Richard Harrow. “There are shortages everywhere,” he said, attributing the bulk of them to Brexit. “There’s little flexibility to fill the gaps we’ve got.”

Despite the immediate disruption, there are sound political and economic reasons for Johnson to resist calls to tap EU workers, said Jessop. Granting temporary visas may reduce incentives for companies to increase pay and improve working conditions, he said.

EU countries are also facing driver shortages, meaning the move may have only a marginal impact on the UK shortfall, he said.

Consumers, though, are already starting to feel the effect. The driver shortage, Brexit-related red tape and higher shipping and commodity costs are all helping to push up prices in stores, according to August data from the British Retail Consortium (BRC).

The BRC, which last month called on the government to introduce temporary visas for EU drivers, said food prices are likely to rise in the coming months. “Without government action, it will be British consumers who will pay the price,” BRC CEO Helen Dickinson said. “In the run-up to Christmas, the situation could get worse.”

Low valuations, coupled with cheap financing and a favorable regulatory backdrop, are turning the country into a hotbed of global dealmaking
World
2 weeks ago