Dozens injured in clashes over new church head in Montenegro 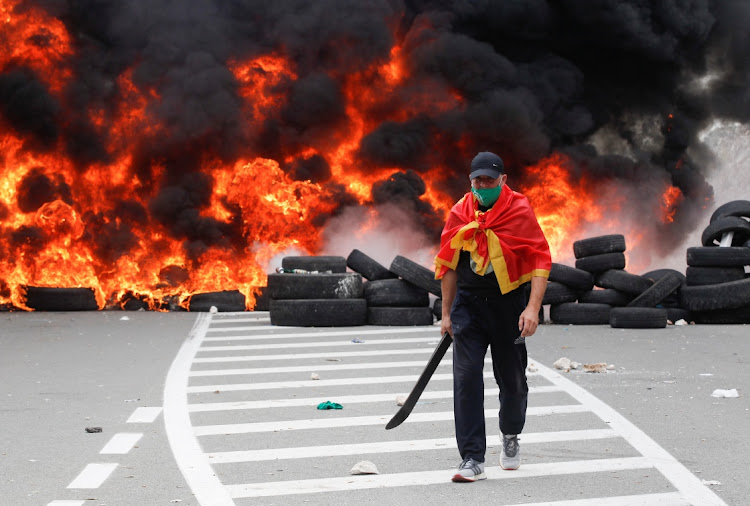 A demonstrator walks in front of a barricade set on fire during a protest against the enthronement of Bishop Joanikije in Cetinje, Montenegro, September 5, 2021. Picture: REUTERS/STEVO VASILJEVIC

The enthronement of Joanikije II at a monastery in the town of Cetinje has stirred divisions within Montenegro over ties with neighbouring Serbia. Montenegro left its union with Serbia in 2006, but its church remained under the Serbian church.

Police used teargas to disperse hundreds of protesters, some of whom threw rocks, bottles and firecrackers as church figures arrived by helicopter. people burnt tyres and sat on roads.

Prime Minister Zdravko Krivokapic described attacks on the police as terrorism. He blamed President Milo Djukanovic's Democratic Party of Socialists, which ruled for three decades before losing elections in 2020, for organising protests.

Djukanovic, who opposes the enthronement, accused police of excessive force. “Today we witnessed the embarrassment of both the Church and the government,” Djukanovic said on TV.

The embassies of Germany, Italy, France, Britain, the US and the EU condemned violence around the enthronement of Joanikije, who is known as the Metropolitan of Montenegro and Archbishop of Cetinje.

Djukanovic’s adviser Veselin Veljovic was arrested for participating in an attack against police on Sunday, state TV reported.

Leader of Social Democratic party has been prime minister since 2014, heading two coalition governments  that have lurched from crisis to crisis
World
3 weeks ago
Next Article