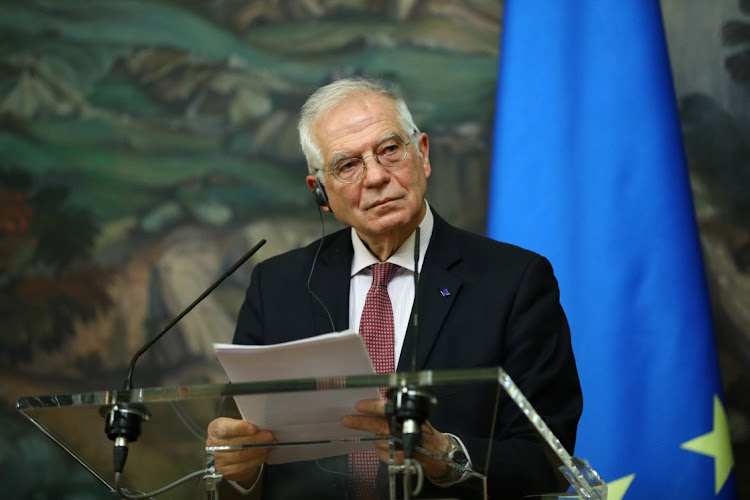 Brussels  —  The EU will co-operate with the Taliban only if they respect fundamental rights, including those of women, and prevent the use of Afghanistan’s territory by terrorists, the bloc’s foreign policy chief said on Tuesday.

Josep Borrell outlined the EU’s stance in a statement after an emergency meeting of EU foreign ministers to discuss the Taliban’s quick seizure of Afghanistan and the capital, Kabul.

“I haven’t said that we are going to recognise the Taliban,” Borrell told a news conference. “I just said that we have to talk with them for everything, even to try to protect women and girls. Even for that, you have to get in touch with them.”

Borrell said the EU's priority was to evacuate EU staff and Afghan helpers from Kabul. He put the number of locals who have been working for the EU at almost 400, their families included.

Spain has offered to act as a hub to receive these people before they are sent on to EU countries that have offered them shelter, he said. Uganda said it had been asked to host Afghan refugees.

Humanitarian aid for Afghans must be maintained and even increased, but assistance will only go to the Afghan government if conditions are met, Borrell said.

Starting a dialogue soon is needed to avert a potential migratory disaster and a humanitarian crisis, he said.  “We have to get in touch with authorities in Kabul ... the Taliban have won the war, so we will have to talk to them.”

Borrell ranked the fall of Kabul to the Taliban the most important geopolitical event since the Russian invasion of Crimea in 2014.

“It will have an impact on the geopolitical balance of the world,” he said, meaning the EU would have to work more closely with countries such as Turkey, Iran, Pakistan, Russia and China.

The Taliban, in their first official news briefing since the seizure of Kabul, said on Tuesday they wanted peaceful relations with other countries and would respect the rights of women within the framework of Islamic law.

They also vowed not to host foreign terrorist groups.

The group previously declared an “amnesty” across Afghanistan and urged women to join its government, trying to calm nerves amid chaotic scenes  at Kabul airport as thousands mobbed the city’s international airport in a desperate attempt to flee.

Their announcement, short on details but suggesting a softer line than during their rule 20 years ago, was made as the US and Western allies evacuated diplomats and civilians the day after scenes of chaos at Kabul airport as Afghans thronged the airfield.

Nato secretary-general Jens Stoltenberg said earlier on Tuesday the Taliban risked military air strikes if it hosted any terrorist group.  He blamed Afghan leaders  for the rapid fall of the country. His remarks came after he chaired a meeting  of Nato envoys to discuss the security implications of the Taliban’s  victory.

Bloomberg reported the Afghani fell as much as 4.6% on Tuesday to 86.0625 per dollar, a fourth day of decline, according to data compiled by Bloomberg. The central bank was told there would be no more dollar shipments on Friday, which curtailed its ability to supply currency and led to more panic, acting governor Ajmal Ahmady wrote in a Twitter thread.