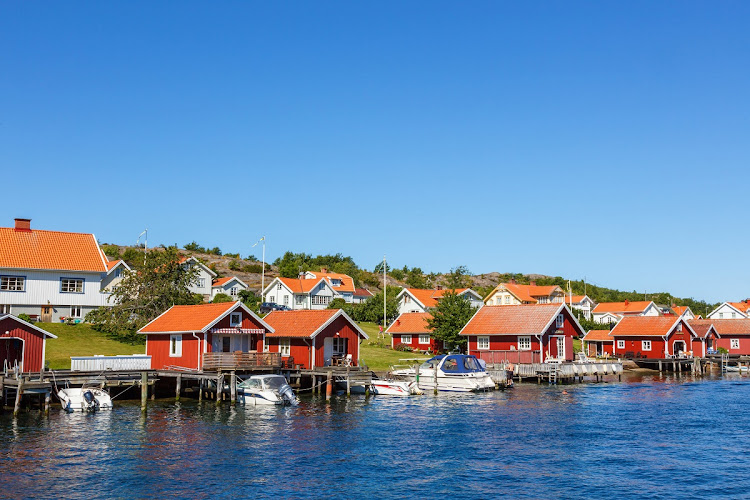 Houses are shown in a village off the Swedish coast. Picture: 123RF/PIXPHOTO

A rally in Swedish house prices that has made its housing market one of the world’s frothiest, is reigniting calls to remove a controversial tax perk that is seen as part of the problem.

There’s consensus in parliament that a 30% reduction on mortgage-interest costs should be phased out, a move backed by the central bank and the country’s financial regulator. But the two ruling parties in Sweden’s teetering minority coalition are split over the urgency of carrying it out.

The housing rally there mirrors property booms from Canada to New Zealand, and was ranked by Bloomberg Economics in the past month as Europe’s bubbliest. Such dynamics are pushing some monetary authorities towards raising interest rates, but the Riksbank’s reluctance to do so as it focuses on its inflation target is shifting focus to other options.

Sweden stands out alongside the US as one of the countries that still allows mortgage-interest deductions, in what is essentially a middle-class tax incentive for home ownership. Tweaking such policies can be precarious, as witnessed in the UK, which suffered a housing crash lasting years after it curtailed a similar measure in 1988.

“There is definitely a move towards acknowledging that something more significant may need to be done, but it’s not easy,” Helena Bornevall, an economist at Handelsbanken, said in a phone interview. “There is always a risk to the market if you take radical measures too rapidly.”

That’s the worry giving Sweden’s coalition pause for thought. Financial-markets minister Asa Lindhagen, of the Green Party, wants to start phasing out the deduction in 2022, while Social Democrat finance minister Magdalena Andersson prefers negotiating a wider political deal before reducing the incentive. They agree, though, that any changes should be gradual.

“It needs to be predictable and it has to be done slowly, and you need to make sure that households are compensated,” Andersson said earlier this month.

While house prices in the largest Nordic nation have increased by about 20% in the past 12 months, there’s heightened political sensitivity about property after a crisis, triggered in June by plans for rental-home deregulation, almost prompted the first snap elections there since 1958.

Removing the tax incentive would, in theory, add about 20bn kronor to the government’s coffers, though no-one advocates removing the tax break in one go.

Robert Boije, the chief economist at state-owned mortgage lender SBAB, warned that Swedish house prices could drop as much as 30% if interest deductions on mortgages were abolished, according to an opinion piece in Dagens Industri.

Sweden’s house-price gains of about 74% since 2010 are higher than the EU average of 31%, but in line with Germany’s increase and lower than Estonia’s, which experienced the steepest price hikes in the 27-member bloc, at 127%, according to Eurostat data.

Riksbank governor Stefan Ingves recently compared the country’s rise in household debt to sitting atop a volcano. Sweden could find itself “in a scenario that is difficult to manage” if housing imbalances aren’t dealt with, he said at a recent central-bank meeting.

His own institution faces criticism itself for keeping interest rates low and buying the covered bonds that finance the country’s mortgages with its quantitative easing.

Only the Moderates, Sweden’s largest opposition party, are explicitly opposed to a tax reform; others want a gradual reduction to avoid irking voters who benefit from property taxes that the IMF said were “extremely low”.

There are signs of cooling. Residential property prices declined 0.5% on the month in June, with the annual price increase slowing to 16.8% from 17.9% in May, according to the Nasdaq OMX Valueguard-KTH Housing Index, HOX Sweden. Single-family homes, driving the rally, also depreciated by 0.8% from May.

For now, the main impending action to cool prices is the reinstatement by Sweden’s financial watchdog of mandatory mortgage amortisation next month, though analysts don’t expect that to achieve much.

Phasing out the tax incentive should have been done years ago, according to Nordea economist Torbjorn Isaksson. He believes politicians should now proceed carefully.

“The deduction should be reduced, even if it is a bit late,” he said.

Our report urges much greater clarity in devising and explaining future adjustments to QE, writes Mervyn King
Opinion
2 weeks ago