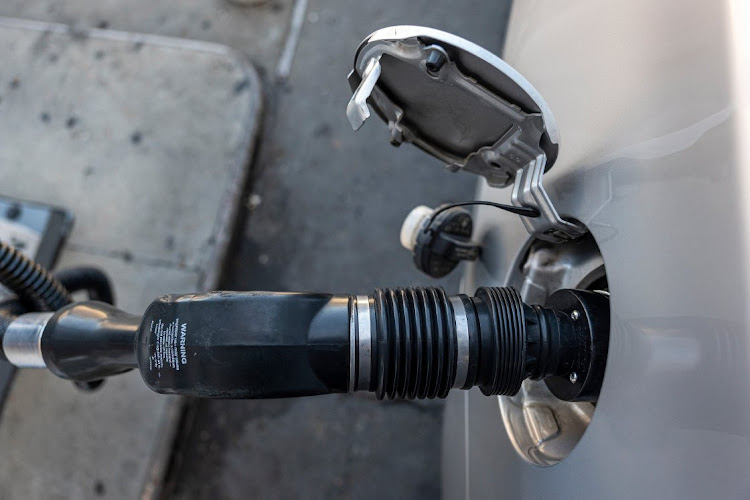 London — The EU on Wednesday proposed an effective ban on the sale of new petrol and diesel cars from 2035, aiming to speed up the switch to zero-emission electric vehicles (EVs) as part of a broad package of measures to combat global warming.

The EU executive, the European Commission, proposed a 55% cut in CO2 emissions from cars by 2030 versus 2021 levels, much higher than the existing target of a 37.5% reduction by then.

It also proposed a 100% cut in CO2 emissions by 2035, which would make it impossible to sell new fossil fuel-powered vehicles in the 27-country bloc.

“This is the sort of ambition we've been waiting to see from the EU, where it's been lacking in recent years,” said Helen Clarkson, CEO of the Climate Group, a non-profit group that works with business and government to tackle climate change.

“The science tells us we need to halve emissions by 2030, so for road transport it’s simple — get rid of the internal combustion engine.”

To boost EV sales, Brussels also proposed legislation that would require countries to install public charging points no more than 60km apart on major roads by 2025.

“The transition to electric vehicles is going much faster than anybody had ever anticipated, but then we are under an obligation to create the right incentives for that,” said Frans Timmermans, the EU's head of climate change policy. “So the charging infrastructure should be there.”

Even when buyers have been able to afford the price premium for a part- or all-electric vehicle, many have been deterred by “range anxiety” because of a lack of public charging stations.

Carmakers had signalled they would only accept tougher emissions targets in return for huge public investment in chargers.

The commission estimates €80bn-€120bn will need to be spent on public and private chargers across the EU by 2040.

IHS Markit said in a report on Tuesday that if the EU raised its CO2 emission reduction targets to 50% by 2030, it would bring new fossil-fuel car sales across the bloc down to virtually zero by then.

“It is clear that if these stretch goals are implemented as solid proposals to be voted into legislation, that carmakers that have been bolder and invested heavily earlier on in electrification will have a significant advantage,” IHS said.

The commission's proposals will need to be negotiated and approved by EU member states and the European parliament, which could take about two years.

Low-emission car sales surged in Europe in 2020, even as the Covid-19 pandemic knocked overall vehicle sales, and one in every nine new cars sold was an electric or plug-in hybrid.

Full electrification is a long way off, however.

Many carmakers have announced investments in electrification, partly in anticipation of tougher EU emissions targets.

Volkswagen has said it would stop selling cars with combustion engines in Europe by 2035, though later in China and the US. On Tuesday Europe’s largest carmaker said it expected half of its global vehicle sales to be battery-powered by 2030. Stellantis said last week it would invest more than €30bn by 2025 on electrifying its line-up.

Brussels also proposed allowing plug-in hybrids to count as low-emission vehicles up to 2030.

That will come as a relief to automakers such as BMW and Renault that have invested heavily in these cars, which have both an electric motor and a combustion engine.

With the green credentials of hybrid cars increasingly being challenged, carmakers had feared those investments would be wasted if they were phased out too soon.