Officials are mulling changes to mineral extraction taxes, with rates likely linked to raw-material prices so that levies rise when the market does 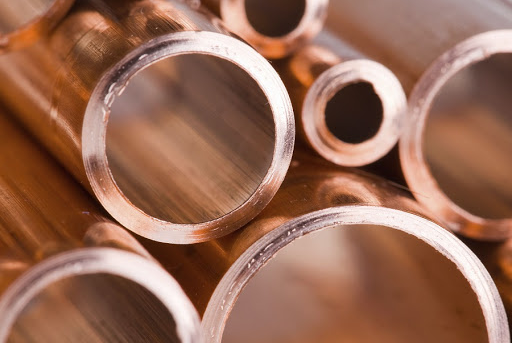 Russia is considering longer-term measures to grab a bigger slice of mining companies’ profits once a temporary export tax finishes at the end of this year, according to people familiar with the matter.

The government last month announced duties of at least 15% on steel, nickel, aluminium and copper exports from Aug. 1 — with varying rates — to help cool surging commodities prices and boost state coffers. It said the move would be temporary and that it would seek to develop more sustainable measures.

Officials are now mulling changes to mineral extraction taxes, with rates likely linked to raw-material prices so that levies rise when the market does, the people familiar with the matter said, asking not to be identified as the information isn’t public. That would probably replace export taxes from 2022, with a final decision taken after parliamentary elections in September. Other options of tapping mining profits may still be discussed, they said.

Countries around the world have taken steps to cool inflation in commodities and other key goods as economies plot a path out of the Covid-19 pandemic. Yet the temporary measures Russia announced in June risk altering exports if companies stockpile metal, and could see costs passed onto consumers. Raising mineral extraction taxes would probably mean producers bear most of the new costs.

“Regulating the market through a mineral extraction tax would be less painful for the metals industry and the global market, as it may be more predictable,” said Kirill Chuyko, an analyst at BCS Global Markets. The “export tax was unexpected and affected markets like aluminium, where price premiums increased.”

Vedomosti newspaper on July 5 reported that a new mineral extraction tax could raise 100bn roubles ($1.35bn) a year, and increased levies may include precious metals producers. The government has already more than tripled the tax for this year for most metals and fertilisers to help shrink a budget deficit, though coal, gold and silver were excluded from the changes.

“We are ready for dialogue with regulators to find a solution that will provide the industries with confidence in the future and reduce the risks related to losing export markets,” Andrey Leonov, government relations director at steelmaker Severstal PJSC and a vice-president at a lobby group for the top producers.

Bloomberg . More stories like this are available on bloomberg.com

Tharisa’s production of PGMs rose 8.9% to 39,000oz quarter on quarter and 11.4% from a year ago
Companies
2 weeks ago
Next Article

Lekgotla focuses on unlocking mining potential in the Northern Cape

Lekgotla focuses on unlocking mining potential in the Northern Cape