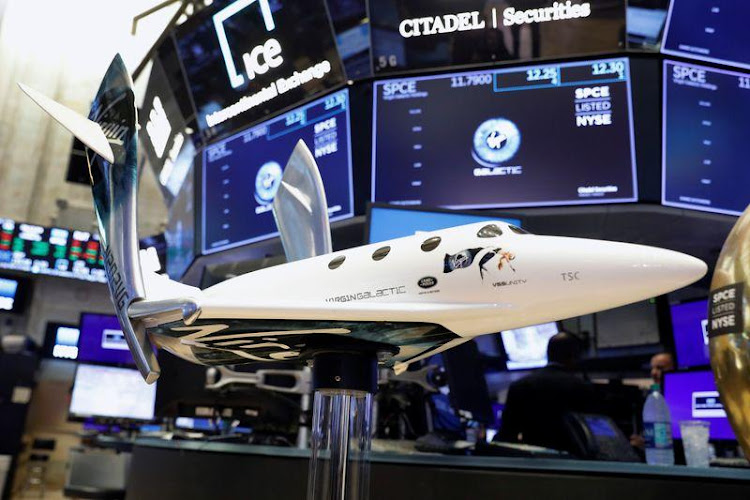 Richard Branson’s rocket-powered trip to the edge of space on Sunday will mark a return to the daredevil exploits that first established the billionaire’s swashbuckling reputation.

For decades, Branson engaged in a series of record-breaking stunts in which he kite-surfed for 48km between England and France, crossed the Atlantic Ocean by speedboat in just three days and then spanned the Pacific in a hot-air balloon at speeds of as much as 390km/h.

While the high-octane escapades propelled Branson to near rock-star status and attracted huge publicity for his Virgin Group companies, they also saw the Briton rescued by emergency services on multiple occasions. That prompted him to dial down the risk taking to comparatively sedate activities such as bungee jumping, yacht racing and a 2,000km triathlon.

But the race to establish the world’s first space-tourism venture has revived the ageing entrepreneur’s buccaneering spirit. After the announcement last month that Amazon.com founder Jeff Bezos would ride on rocket made by his Blue Origin company on July 20, Branson declared that he would be aboard a Virgin Galactic Holdings test flight nine days earlier, a week before he turns 71.

Will Whitehorn, a former president of Virgin Galactic who helped establish the company, said the move is typical of Branson, whose mantra of “Screw It, Let’s Do It” and a propensity to approve even the most challenging projects led staff to nickname him “Dr Yes.”

“Richard is not a fearful person, but he’s also a thoughtful person,” Whitehorn, now president of the UKspace trade association, said in an interview. “He would not be going if he did not believe that this was safe. And if he manages to beat Jeff Bezos, good luck to him.”

The decision to fly followed approval from the US Federal Aviation Administration for Virgin Galactic to carry fee-paying passengers.

“You can’t expect scientists and space tourists to go if the boss is not prepared to,” Whitehorn said.

Branson will journey in Virgin’s VSS Unity spaceplane, itself carried aloft by a so-called mother ship aircraft, in a trip that is expected to take about 90 minutes from take-off to landing. After being released from the carrier plane, the Unity will ignite a rocket engine to propel it to a height of 88km above Earth.

That is beyond the boundary recognised by the US National Aeronautics and Space Administration as the edge of space, though short of the Karman Line, an internationally recognised space frontier at 99km from the planet.

The same Virgin Galactic spacecraft model suffered a crash that killed a test pilot in 2014, when a descent mechanism was triggered with the rocket still climbing. The company did an extensive design modification to prevent that from happening again.

CEO Michael Colglazier said earlier this month that the company is ready for Branson’s trip after a successful test flight in May.

Branson, who was knighted in 1999 by Queen Elizabeth II for “services to entrepreneurship,” has a net worth of about $7.5bn according to the Bloomberg Billionaires Index. More than 40 Virgin-brand businesses collect annual revenue of about $22bn through partnerships, affiliations and direct holdings, a spokesperson said in December. As with Virgin Galactic, he has typically left day-to-day management to hired executives.

His business career — spanning everything from a punk record label to gyms, bridal wear, bank accounts, a mobile phone provider and the airline for which he is been best known — has been as varied as his extra-curricular activities.

After running a student magazine at the age of 16, his first serious foray into commerce was through a mail-order music distributor and shop that got him a costly conviction for tax evasion. Undeterred, he went on to found Virgin Records in 1972, with the name chosen to reflect his inexperience in business.

The label was an immediate success as Tubular Bells, the debut album from instrumentalist Mike Oldfield, became a best seller. The company went on to sign artists including the Rolling Stones and the Sex Pistols, the latter helping to enhance Branson’s image as an outsider, earning enough money to bankroll the foundation of Virgin Atlantic Airways in 1984.

Amid a pattern of selling off all or parts of his various businesses, Branson had an unqualified success with Virgin Mobile, offloaded to NTL:Telewest for almost £1bn in 2006, and the subsequent sale of the combined Virgin Media to Liberty Global for $23bn in 2013.

Failures have included a doomed attempt by Virgin Cola to oust Coca-Cola and Pepsi as the leading US soft drinks, and the condom line Mates, sold off just a year after its launch.

Plans for an air-launched spaceship were first mooted at Virgin as long ago as 1995, according to Whitehorn, who says he, Branson and Apollo 11 astronaut Buzz Aldrin drafted out the concept on a napkin. Aldrin was enthusiastic about the idea after the success of X-15 rocket planes launched from a B-52 bomber in the 1960s, Whitehorn said.

The Virgin Galactic name was registered in 1999, and the company was officially founded five years later. The business model promised the first space tourists a short period of weightlessness along with views of the curvature of the Earth and a look at the sun and stars against the backdrop of space, all for a neat $250,000.

The 2014 crash set the project back by four years but by 2019 Virgin Galactic was sufficiently on track to become the world’s first publicly traded space-tourism firm, thanks to a deal with a special purpose acquisition company. Virgin Galactic had a market value of more than $12bn at the close on Thursday in New York.

The listing in turn helped Branson save Virgin Atlantic when the coronavirus pandemic hit. The UK government declined to provide the grounded carrier with state aid, partly as a result of his residence on Necker Island, a tax haven he bought in 1978 in the appropriately named British Virgin Islands. The sale of part of his Virgin Galactic stake allowed him to inject £200m into the carrier, part of a broader rescue plan.

The spacecraft will soon begin ground testing, with glide tests planned in mid-2021 at Virgin Galactic’s facility in New Mexico
Companies
9 months ago

Bidding for a seat to accompany Amazon CEO on an 11-minute trip to suborbital space has reached $3.5m
Life
7 months ago
Next Article