In biggest overhaul in policy since 2003, Bank sets inflation target at 2% and will include climate change considerations in its monetary policy operations 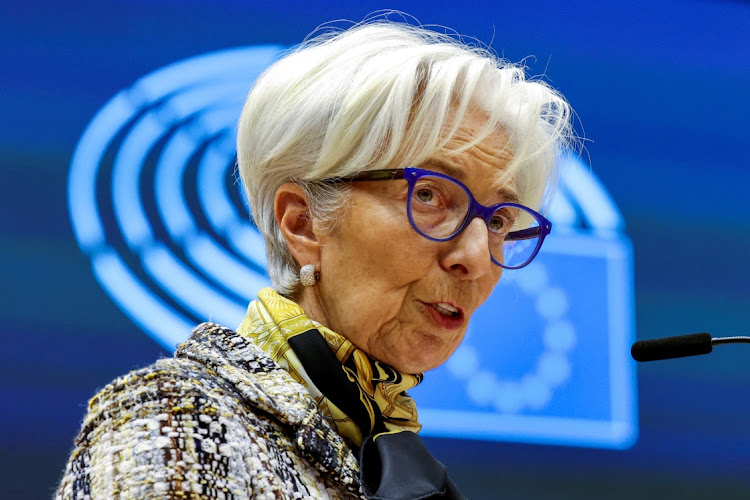 The European Central Bank (ECB) raised its goal for inflation and may let it overshoot the target for a while, giving officials more discretion in how to bolster the economy after years of lacklustre performance.

In the culmination of an 18-month review published on Thursday, policymakers agreed to seek consumer-price growth of 2% over the medium-term with a “symmetric” aim.

The ECB said that when interest rates are near their effective lower bound, as now, the economy will need “especially forceful” monetary stimulus that could “imply a transitory period in which inflation is moderately above target”.

The new wording is a significant change from the previous “below, but close to, 2% over the medium term”, which some monetary officials felt was too vague and led to calls for tighter policy too soon.

“The new formulation removes any possible ambiguity and resolutely conveys that 2% is not a ceiling,” president Christine Lagarde told reporters in a press conference, adding that the strategy review was agreed unanimously. “What we want to do is to avoid the negative deviation that will entrench inflation expectations.”

The euro and government bonds extended gains after the announcement. The common currency was up 0.5% at $1.1848 at 2.42pm Frankfurt time.

The outcome “can be perceived as net dovish in the short-term”, said Ima Sammani, FX Market Analyst at Monex Europe. “The new symmetric inflation target gives the central bank ample room to run accommodative monetary policy for longer without having to fight markets.”

On climate change, another controversial topic for some central bankers, the institution said it will now include considerations on that matter in its monetary policy operations. Meanwhile, officials also said they will start considering owner-occupied housing costs in their supplementary measures of inflation.

The strategy review is the first by the institution since 2003, and the most comprehensive and ambitious attempt to rethink its role in serving the eurozone’s 342-million citizens since the creation of the single currency.

The ECB’s revamped mission follows a similar effort by the US Federal Reserve to question its approach to the economic challenges of the 21st century after years of elusive attempts throughout the advanced world to sustainably revive consumer prices.

Lagarde sought to differentiate the new strategy from the one now pursued in the US, insisting that her institution isn’t doing average targeting.

The outcome of the review reflects a grand bargain among ECB policymakers that gives Lagarde a chance to draw a line on divisions on the Governing Council over how far the central bank should go in supporting the economy.

Officials from Germany in particular found that the stance of her predecessor, Mario Draghi, represented a bias towards easy money that undermined the postwar inflation-fighting steadfastness of the Bundesbank on which the ECB was modelled as a condition for the country’s participation in the euro.

Lagarde said interest rates will be the ECB’s “primary” tool but that unconventional tools such as bond-buying programmes and long-term bank loans will remain the toolbox.

She also said the ECB will change its communication strategy, making her introductory statements “shorter and crisper” after monetary-policy decisions and explaining itself more to the public with events such as the “listening events” it used during the review.

Policymakers studied a wide range of economic trends and tools to understand why they’ve struggled to boost inflation despite negative interest rates and trillions of euros of monetary stimulus.

“The big question is really now, how do you follow this up?” said Anatoli Annenkov, an economist at Societe Generale. “Does it mean that they’ll be more aggressive in easing, which I think is difficult? We’re looking at a more delayed reaction function as inflation raises to the target, that should imply a very dovish ECB going forward.”

Ruinous deflation is still the bigger threat to EU stability.
Opinion
1 year ago
Next Article