With their illiberal cynicism, Hungary and Poland threaten the bloc’s democratic, tolerant and open identity 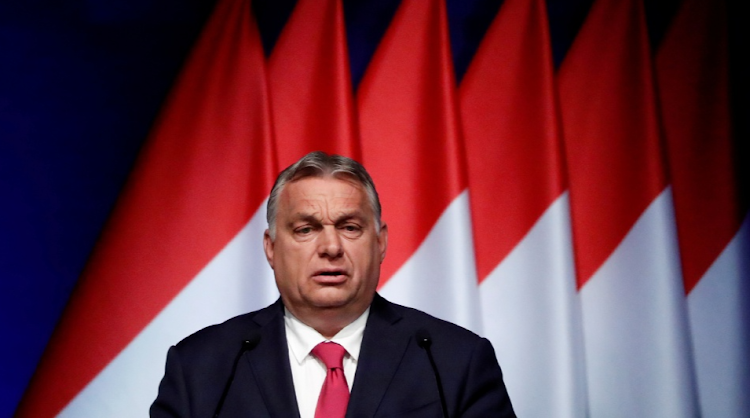 Tempers were flaring at a recent EU summit when Mark Rutte, prime minister of the Netherlands, looked straight at Viktor Orban, his Hungarian counterpart, and said what everyone was thinking: If you don’t share our values, you should take Hungary out of the EU.

Rutte’s unsubtle nudge to make a member state exit the club was also a reminder about one of the EU’s biggest design flaws. It has no mechanism to expel countries. This raises the question: When exactly should a bloc, club or organisation be able to throw members out?

In the Hungarian case, Orban’s latest affront was a law that curbs sex education in a way that crudely stigmatises homosexuality, in effect equating it with paedophilia. But Orban has been scorning the EU’s values for years. With many small cuts, he has whittled away at the rule of law, minority rights and press and academic freedoms.

Another member state, Poland, is almost as bad as Hungary in disdaining everything from gay rights to judicial independence. With their illiberal cynicism, these two governments threaten to hollow out the EU’s identity as a club of democratic, tolerant and open societies.

And yet the tools available to discipline errant members are weak. The main one is a process stipulated in Article 7 of the EU’s treaties, which Brussels has initiated against both Poland and Hungary. It allows the bloc to strip a country of its voting rights if all the other states identify a “serious and persistent breach” to EU values. That unanimity requirement, however, means that Hungary and Poland can have each other’s back and need not worry.

Another mechanism — to tie funding to observance of the rule of law — was added last year, but it is vague, messy and slow. The reality is that the EU, which subjects countries to onerous standards while they are applying for membership, can do almost nothing to sanction them once they are in, and certainly cannot kick anyone out.

A similar dilemma often keeps the brass at Nato awake. In the alliance’s early years, the US and other allies feared that some members, such as Italy, might become communist and serve as Trojan horses for the Soviets. More recently, the bogey has been Turkey, which has scorned democratic norms, menaced allies such as Greece and even bought an air-defence system from Russia that could enable that adversary to sabotage Nato equipment. But Nato also cannot kick members out.

In this sense, the EU and Nato differ from most other types of association in the world. The UN for example, is also a club of nation states but does have a way of expelling members. So does the Council of Europe, a human-rights organisation with 47 member states, including all 27 EU countries.

The ability to expel is also the default in organisations whose members are individuals. The Catholic Church can and does excommunicate people for apostasy or other alleged sins. The US Congress, like most parliaments, can kick out members (and has done so 20 times), as can political parties, country clubs, schools and most other institutions.

This implicit prerogative to expel members is philosophically baked into the liberal tradition as a natural extension of “the right of the people peaceably to assemble”. In ancient Athens, the world’s first experiment in democracy, citizens regularly gathered to write the names of individuals on shards of pottery called ostraka. Anyone who received enough votes was ostracised in the original sense — that is, exiled.

As usual in life, however, it gets complicated. Everyone can agree that, for example, a Jewish organisation should be able to throw out a member who shows up with a swastika and shouts “Heil Hitler”. But what about an organisation that trains young leaders and wants to keep out women? Or a labour union that wants to terminate members for their political activities? Or the Boy Scouts if they want to expel a member just because he is gay?

The latter three were actual cases before US courts that illustrate the philosophical and ethical conflicts involved. In the first, judges ruled that the organisation cannot exclude women; in the second, that the labour union cannot kick out members; but in the third, that the Boy Scouts — thanks to the First Amendment — did have the right to expel a member for being gay.

I’m not about to relitigate these cases. I’m simply acknowledging that freedom cuts both ways. Sometimes it requires protecting groups from individuals. Most of the time, though, it means protecting individuals from groups, and from being arbitrarily and unfairly excluded. That even applies to countries.

The power to expel is therefore nothing to trifle with. It should be used only in extreme circumstances and with an overwhelming consensus among members that it is necessary. Even then, expulsion should always be reversible, so that the member in question has the chance and the incentive to make amends.

The EU needs to get this balance right. This means tweaking its treaties to make sure that expulsion is rare but possible. While that effort gets under way, Orban will have much time to ponder how much further up his populist tree he wants to climb. And Hungarians — who still have votes, after all — can decide if they would rather swap out leaders and stay in a club they like.

Hate, intolerance and discrimination have no place in our union, European leaders tweeted in a co-ordinated move on Thursday
World
1 month ago
Next Article