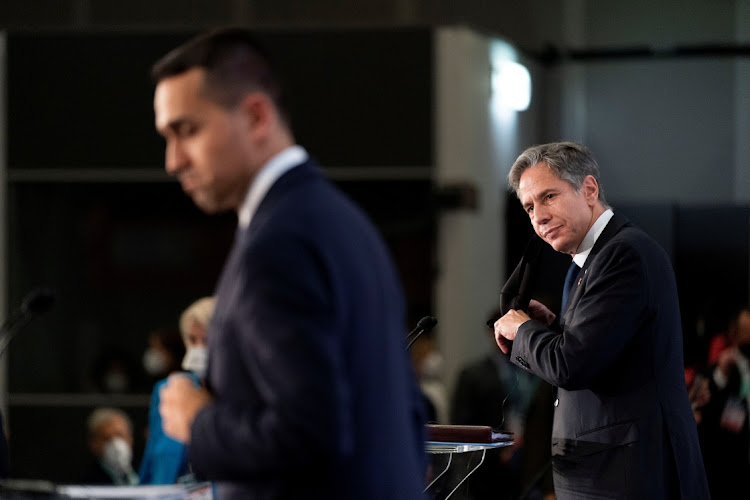 Rome —  Alarmed by the spread of Islamic State (IS) across Africa, Italian foreign minister Luigi Di Maio said on Monday he wanted to set up an international task force to counter the threat.

US secretary of state Antony Blinken, speaking after a meeting in Italy aimed at renewing efforts to combat the jihadist militants, said he supported the Italian initiative.

IS affiliates have claimed gains in recent weeks in Nigeria, the Sahel, Mozambique and the Democratic Republic of Congo (DRC), helping to offset significant setbacks in the Middle East, where the group initially gained prominence.

“With the support of the US and many other partners, I proposed the establishment of an Africa task force to identify and stop IS-related terrorist threats on the continent,” Di Maio told reporters, standing alongside Blinken.

He said African countries that were not initially part of the anti-IS coalition, including Burkina Faso, Ghana and Mozambique, had been invited to Monday’s gathering — the first in-person meeting of the alliance for two years.

The coalition said in a statement that  it was also welcoming new members to the group — Central African Republic, DRC, Mauritania and Yemen — to join the 78 countries and five organisations that already belong to it.

Di Maio did not give further details of what the proposed Africa task force would do.

However, it would likely look to build on work carried out by French forces in the Sahel region since 2013. President Emmanuel Macron said earlier in June France’s operation would come to an end with troops now operating as part of broader international efforts in the region.

Macron said then details of the changes would be finalised by the end of June after consultations with the US, European states involved in the area and the five Sahel countries — Mali, Niger, Chad, Burkina Faso and Mauritania.

Blinken and Di Maio urged the alliance not to lower its guard against IS despite the fact the militants had lost much of their territories in Iraq and Syria.

“Let me just say very clearly that we strongly support Italy’s initiative to make sure that the coalition against Daesh (IS) focuses its expertise on Africa, while keeping our eye closely on Syria and Iraq,” Blinken said.

“With all of the reasons that we just cited, we decided this is of significant importance, and I think we heard a strong consensus today on the part of our coalition partners to do just that,” he added.

The US top diplomat also urged countries to take back some 10,000 IS fighters held in detention in camps run by the Kurdish-led Syrian Democratic Forces (SDF), saying the situation was “untenable”.

“It just can't persist indefinitely. The US continues to urge countries of origin, including coalition partners, to repatriate, rehabilitate, and where applicable, prosecute their citizens,” he said in opening remarks to the meeting.

France has grown frustrated with instability in Mali and plans a 'deep transformation' of its military commitment' in West Africa as jihadists gain a ...
World
1 year ago

Worsening violence in the wider Sahel region has led to one of the world's most acute humanitarian crises, UN says
World
1 year ago

Islamist extremists attacked the town of Palma in Mozambique’s Cabo Delgado province last week — the latest event in what’s proving to be a ...
Features
1 year ago
Next Article