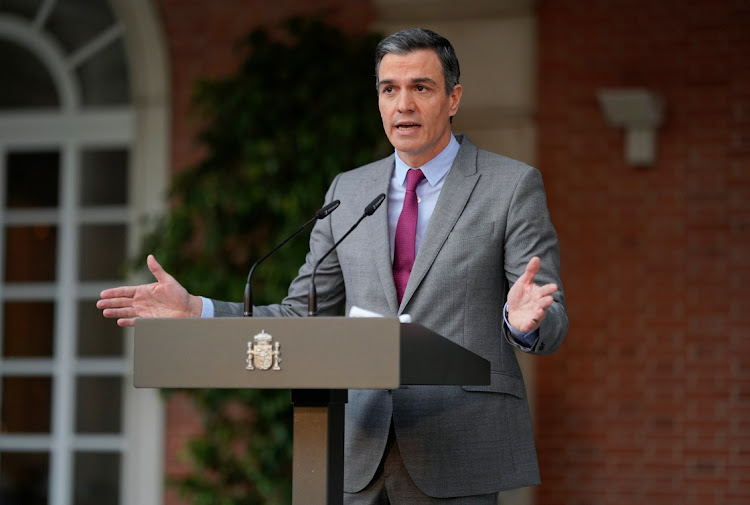 Madrid — Prime Minister Pedro Sanchez on Tuesday pardoned all nine Catalan separatist leaders jailed for their role in a failed independence bid in the region in 2017, one of whom reacted with defiance to news of his impending release.

Sanchez announced the pardons in a televised address. They are conditional and a ban on the leaders holding public office remains in place.

They were sentenced in 2019 to between nine and 13 years for crimes of sedition and misuse of public funds, committed in organising a referendum on breaking away from Spain that authorities in Madrid banned but which led to a unilateral and short-lived declaration of independence.

Sanchez has described the pardons, which surveys show a majority of Spaniards oppose, as a goodwill gesture and a first step towards resolving a bitter political conflict with the wealthy northeastern region, whose government has sought a new referendum on independence under Madrid’s auspices.

One of the leaders, Raul Romeva, who was sentenced to 12 years for his role as Catalonia’s foreign affairs chief, said the region would continue its struggle for self-determination.

“By pardoning nine people, they will not hide the repression they continue exercising against hundreds of separatists. We won’t give up the fight: amnesty and self-determination!” he tweeted.

He and the other nine should be released from prison after the pardons have been published in the government’s official gazette.

Conservative opposition parties in Madrid have said they will challenge the pardons in the courts, while hundreds of separatists demonstrated in Barcelona on Monday, protesting that Sanchez’s plan is insufficient and unconditionally demanding a new referendum on the region’s independence.

Spain battles to save tourism amid rise in new cases

The UK orders quarantine for travellers from the country, while EU nations advise against visits
World
11 months ago

Oriol Junqueras was elected a member of the European parliament while in jail, but has criminal charges against him that precede that election
World
1 year ago
Next Article