Covid-19 cases are again on the rise in the UK, fuelled by the highly transmissible Delta variant first identified in India, now dominant in Britain 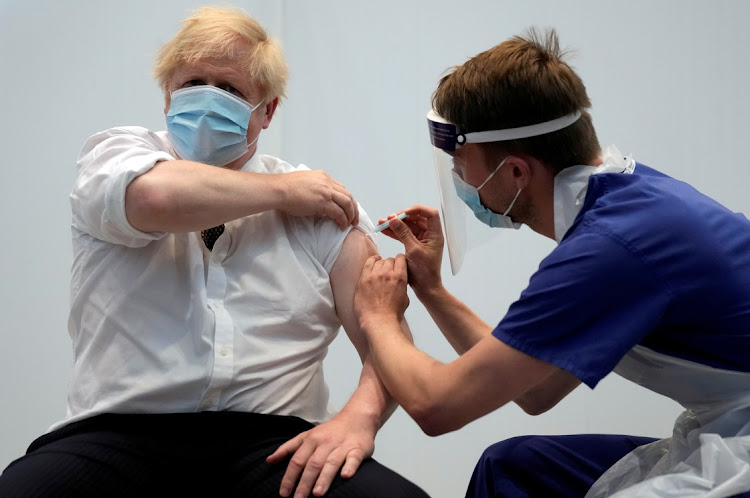 Coronavirus infection rates in the UK are heading in the wrong direction at just the wrong moment for Prime Minister Boris Johnson. In the coming days he will thrash out with ministers whether to lift pandemic restrictions as planned on June 21, with an announcement due a week before. Businesses are demanding it, as are members of his Conservative Party, for whom the date has become a totemic symbol of life returning to normal.

Yet Covid-19 cases are again on the rise, fuelled by the highly transmissible Delta variant first identified in India, which is now dominant in Britain. Cases of the strain confirmed in laboratories more than doubled this week to 12,431, while early evidence suggests it may be linked to a higher risk of hospitalisation.

Data from the statistics office Friday showed an estimated 1 in 640 people in England had the virus in the week to May 29, up from 1 in 1,120 a week earlier. The rate more than tripled in Wales.

The figures present a significant dilemma for Johnson as he weighs up whether to forge ahead with dropping all legal limits on social contact later in June. That would mean nightclubs reopening, full stadiums, people queuing at the bar again, and large weddings and conferences back in the diaries.

“Balancing, clearly, people’s desire — and there clearly is a built-up desire to get back to normal — against the potential risk is a very difficult judgment call,” Neil Ferguson, an epidemiologist from Imperial College London whose modelling was key to the first lockdown in March 2020, told the BBC on Friday. “It’s not my job to make that decision, thankfully.”

Johnson’s ultimate decision — which he has said should be “irreversible” — will define both Britain’s path out of lockdown as well as perceptions of him as prime minister. He has been accused of dithering over key decisions in the pandemic, with his former top aide, Dominic Cummings, comparing him to a “shopping trolley, smashing from one side of the aisle to the other”.

Delaying June 21 would risk a major showdown with Tory MPs, who regard the date as a promise to voters. They point to the rapid vaccine rollout, and the fact that the UK this week had a day without recorded Covid-19 deaths for the first time since the pandemic began, as reasons to proceed.

But Johnson has to balance the pandemic toll taken on industry, people’s mental health and job opportunities, against the risk of a fresh spike in cases.

The government must pause plans for reopening to “avoid another full lockdown,” a group of scientists chaired by the government’s former chief scientific adviser, David King, said in an e-mailed statement. That decision should be “made now to modify current false hopes”, they said.

Johnson said this week — before the latest data — he saw nothing in the numbers to make him deviate from his plan.

The government also tightened restrictions on international travel, a move it linked to the need to protect the unlocking of the economy. Removing Portugal from the so-called green list of destinations people can arrive from without quarantine was a body blow to an airline industry crying out for a reopening of European travel. But it was a strong indication of the government’s priorities.

Even so, much now depends on data expected next week to show how well the vaccines are performing against the Delta variant in protecting against serious illness, hospitalisation and death.

Just over half of all UK adults have received two doses so far — but that leaves almost half without maximum protection.

About one in 10 people in the hospital with Covid-19 in hotspot areas last week had received two shots, health secretary Matt Hancock told MPs, showing that the vaccine is also “not 100% effective”.

It’s also clear there will not be 100% vaccine take-up. So the questions facing the government are: just how effective are the doses, and what threshold of hospitalisation and death is acceptable for the economy to fully reopen?

There are also political calculations on what is a matter of trust between the people and the government. Voters were promised that the vaccines would get them out of lockdown, and Johnson is eager to deliver on that.

The government has some wiggle room to relax some measures — rather than all — on June 21, because the legal framework for Covid-19 restrictions is in place until the end of September.

Jeremy Farrar, a member of the government’s scientific panel advising on the pandemic response, said he is “cautiously optimistic” that the restrictions can be lifted. He said vaccines hold the key — in the UK and around the world.

“This is perhaps the hardest UK policy decision of the last 18 months,” he said in an e-mailed statement. “The best way to protect the UK from future variants is through global vaccination. As long as the virus continues to circulate, it will continue to mutate.”

A parliamentary inquiry has failed to determine a clear link between the lobbying efforts of David Cameron, and Greensill Capital’s access to the ...
Opinion
1 year ago
Next Article