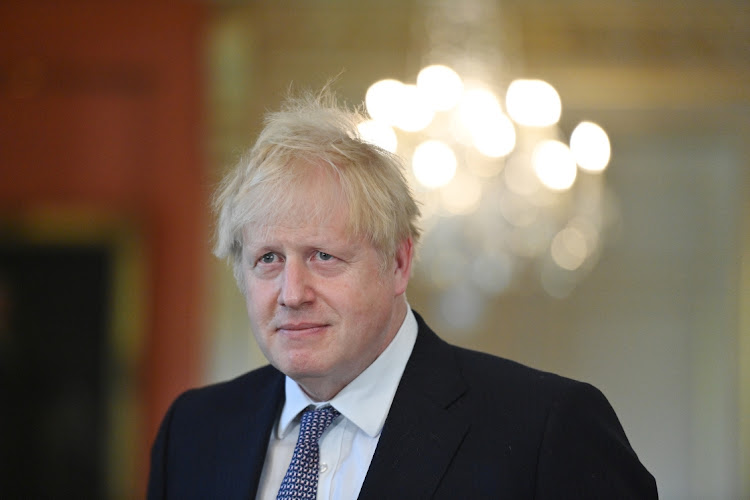 British Prime Minister Boris Johnson indicated his government remains on course to lift lockdown restrictions in June, a day after the UK recorded no new Covid-19 deaths for the first time since the pandemic began.

“I can see nothing in the data at the moment that means we cannot go ahead” with the fourth and final stage of unlocking the economy in England on June 21, Johnson said on Wednesday. “But we’ve got to be so cautious,” he warned, given the recent rise in infections.

With the UK registering more than 127,000 coronavirus deaths since the start of the pandemic, the highest total in Europe, the zero fatalities reported on Tuesday is being viewed as a highly symbolic moment — even though the daily death toll is likely to creep up again due to reporting delays over last weekend’s public holiday.

The positive news has bolstered calls from business and members of Johnson’s ruling Conservative Party to stick to the prime minister’s own “road map” for easing restrictions.

But Johnson stopped short of promising to do so, saying data on the effectiveness of the vaccines to protect against a new virus strain remains “ambiguous”.

“The best the scientists can say at the moment is we just need to give it a little bit longer” before making a decision, he said.

Ministers will analyse data on hospitalisations and deaths over the next two weeks, with a special focus on the impact of the so-called Delta virus variant first identified in India. Cases have been rising again in recent weeks, and the government wants to see that the link between infections and serious illness has been broken by the vaccination drive.

The final stage of Johnson’s “road map” aims to remove all legal limits on social contact, which would see nightclubs reopen, crowds pack out stadiums again, and large-scale weddings and festivals take place.

Pressure is building on Johnson to stick to the schedule. The Independent Business Network (IBN), which represents family-run firms, said the case for delaying the UK’s “freedom day” was “entirely without merit”.

“To not reopen would impede our economic opportunities and be devastating for sectors including entertainment and hospitality, who have already been decimated by three consecutive lockdowns,” IBN chair John Longworth said in an e-mailed statement, adding that all of the most vulnerable people will have been vaccinated by June 21.

Pleas from business were backed up by John Bell, a professor of medicine at Oxford University who advises the government’s vaccine task force. The latest figures look “pretty good”, he told the BBC on Wednesday. “I’m pretty encouraged by what I see.”

Bell said a “balance” is needed as new strains emerge. “If we scamper down a rabbit hole every time we see a new variant, we’re going to spend a long time huddled away,” he said. “This disease is here to stay, probably forever.”

Iain Duncan Smith, the former Conservative leader, said the vaccines are proving to be a “very strong protection” against the coronavirus. “What we’re doing here is we will be delaying for a reason that completely escapes me,” he told Times Radio.

The UK is expected to hit the milestone of three quarters of adults receiving their first dose of the vaccine on Wednesday, with health secretary Matt Hancock expected to hail the achievements of scientists and the National Health Service at a speech to the Jenner Institute at the University of Oxford, which developed a coronavirus vaccine in collaboration with AstraZeneca.

“I was told a vaccine had never been developed against any human coronavirus,” he will say, according to his office. “We dared to believe, and we started early.”

Cummings can’t touch Johnson, neither can his pricey wallpaper, nor the pandemic or even Brexit
Opinion
2 weeks ago