Inflation accelerates to 2% for the first time since 2018 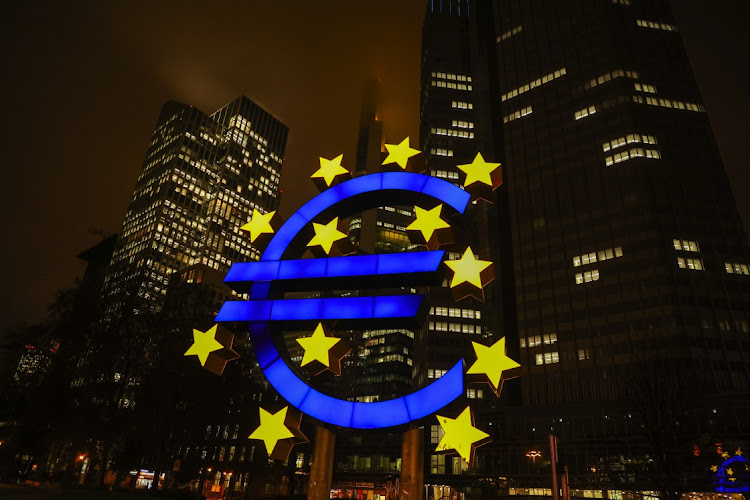 Frankfurt  — The Eurozone’s inflation rate surged past the European Central Bank's (ECB) elusive target in May, heightening a communications challenge for policymakers who will happily live with higher prices for now but may face a backlash from irate consumers.

Inflation in the 19 countries sharing the euro accelerated to 2% in May from 1.6% in April, driven by higher energy costs to its fastest rate since late 2018 and above the ECB’s aim of “below but close to 2%", data from Eurostat showed on Tuesday.

The number is likely to intensifying talk that structural forces, not just transient factors, may be behind a surge.

“Everyone saw it coming, but still it is starting to make a lot of people sweat,” ING economist Bert Colijn said. “Inflation is returning rapidly at the moment at a time when news about economies is increasingly upbeat and labour markets are profiting from the reopening.”

May is unlikely to be the peak, however. Inflation could be closer to 2.5% late in the year as the recovery from a pandemic-induced double-dip recession and recent commodity price increases add to price pressures.

Still, getting through this period is more a communications exercise for the ECB. The central bank has already made clear that this is not the sort of inflation it is looking for after nearly a decade of undershooting its target, so policy will remain loose for years to come.

For one, the surge in inflation is temporary, even the most conservative policymakers argue. The drivers of price growth will fade early next year and inflation will be below target for years to come, especially since wage growth, a necessary component of durable inflation, remains anaemic.

Though unemployment fell to 8% in April from 8.1% in March, according to separate data, it remains well above the pre-crisis rate and government subsidies still probably keep it artificially low.

Indeed, core inflation, or prices excluding volatile food and energy costs, only picked up to 0.9% from 0.8%. A more narrow measure, which excludes alcohol and tobacco prices, rose to 0.9% from 0.7%.

ECB policy is also ineffective against short-term price movements, providing yet another reason for the bank to look past 2021’s surge.

All this supports arguments for the ECB to keep policy ultra easy when rate setters next meet on June 10, even if they face a potential public backlash, especially in Germany, where inflation will exceed 3% later in 2021 as a tax hike and statistical effects add to price pressures.

Already the biggest critics of ECB policy, some conservative Germans fear that the central bank is excessively complacent about inflation and its easy money policy could herald a new period of higher prices.

The OECD has revised upwards its 2021 global growth forecast but warns many regions may be left behind.
World
3 months ago