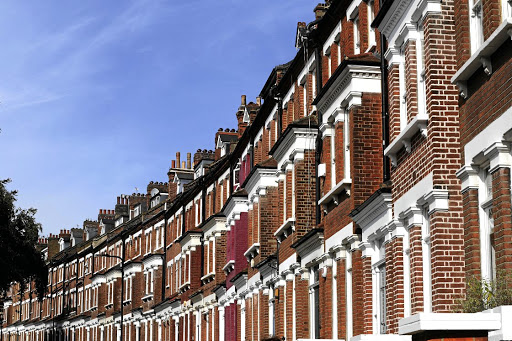 London — Taylor Wimpey is covering repair costs for a defective London housing block that are additional to provisions it has made for potentially unsafe legacy developments in the wake of the UK cladding scandal.

The housebuilder is tackling fire-safety issues and other problems after persistent complaints that the development has been faulty since it was built. Those costs will not be covered by the £165m it has already set aside for safety issues, which applies to buildings that have become noncompliant since their construction, said a person familiar with the matter, asking not to be identified because the details are not public.

“We recognise that the work carried out at this development falls below our high standards, for which we sincerely apologise to residents,” a company spokesperson said in response to questions from Bloomberg. “The health and safety of our residents is our first priority and we are committed to undertaking the necessary remedial works at the development at our cost.”

The spokesperson declined to provide an estimate for the cost of the necessary works. Taylor Wimpey’s shares fell as much as 3.3% in London trading on Thursday.

UK housebuilders are under pressure to pay more towards safety costs in the wake of the 2017 Grenfell Tower tragedy, when 72 people died after a building with flammable cladding caught fire. A continuing inquiry has revealed a litany of bad construction practices and exposed similar flaws in developments throughout the country. The full cost of repairing potentially dangerous buildings may be as much as £15bn, according to an estimate by parliament.

“I would expect to see more provisions made,” said Yolande Barnes, chair of the Bartlett Real Estate Institute at University College London. “I don’t think there are going to be many mainstream builders, if any, who aren’t touched by similar issues — so this is just the start.”

The complaints about the Taylor Wimpey development came to light at the firm’s annual general meeting in April, when resident and shareholder Jacqueline Davies said the company had been aware of the building’s fire-safety defects since 2016. She estimated the value of the housing block at £50m, according to notes of the meeting.

“You are not being accurate about the true extent of your liabilities to your board or your investors,” Davies said at the April 22 virtual meeting, according to notes released earlier in May. “You have continued to promote and reward the executives responsible for this. Why?,” the resident said. In response, CEO Pete Redfern said he was aware of the development and the issues went “beyond cladding”.

In a separate e-mailed statement on Thursday, a Taylor Wimpey spokesperson said the “issues are specific to this development and do not affect our view of our cladding provision. They have been allowed for separately.”

In the aftermath of the Grenfell fire, leaseholders in hundreds of buildings across the country have discovered their homes may be unsafe. Some have had to pay thousands of pounds for remediation works they didn’t know were necessary when they bought the homes, bringing one in six affected by the crisis to the verge of bankruptcy, according to industry publication Inside Housing.

Taylor Wimpey is the UK’s third-largest housebuilder with a market capitalisation of £6.3bn. The company said in March that it has identified 232 apartment buildings it developed which may require fire-safety works.