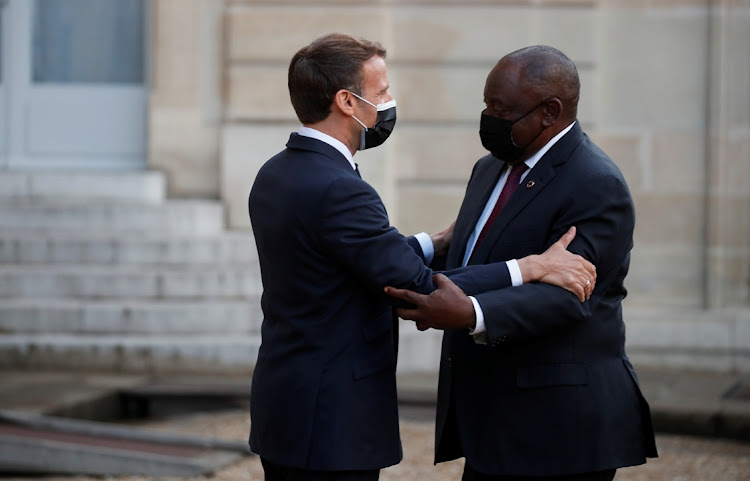 Paris —  African leaders and the heads of multilateral lenders met in Paris on Tuesday to find ways of financing African economies hurt by the Covid-19 pandemic and discuss handling the continent's billions of dollars in debt.

The summit is part of French President Emmanuel Macron’s efforts to recast France’s engagement in Africa, where it was once a colonial power, at a time when the continent faces a near $300bn deficit by the end of 2023 while trying to recover from the downturn.

The summit brings together about 30 African and European heads of state, as well as the heads of global financial institutions like the IMF and World Bank. President Cyril Ramaphosa is at the summit.

Georgieva said the African continent’s economic output would increase by only 3.2% in 2021 compared with 6% in the rest of the world.

The African Development Bank forecasts that up to 39-million people could fall into poverty in 2021 with many African countries at risk of debt distress because of the pandemic.

Macron has said he believes Africa needs a “New Deal” to give the continent a breath of fresh air.

World finance chiefs agreed in April to boost Special Drawing Rights (SDR) at the IMF by $650bn and extend a debt-servicing freeze to help developing countries deal with the pandemic, though only $34bn will be allocated to Africa.

Talks in Paris will centre on how to reallocate the SDRs that are earmarked for developed countries. Macron said wealthy countries should redirect their SDRs so that the allocation to Africa increased to $100bn.

“This is a big opportunity ... to see how we can raise funds to save Africa, which has been hit very hard by this pandemic,” said the Democratic Republic of Congo President Felix Tshisekedi, who is also chair of the AU.

Also due for discussion are the replenishment of the World Bank’s International Development Association, which provides emergency aid, private sector investment, and the broader question of how to treat the debt crisis.

“The president has spoken of huge debt cancellations, and continues to think that it is very important to give liquidity to African countries and allow them to invest,” a French presidential official said.

Macron spoke of the need to help Africa accelerate its Covid-19 vaccination campaign. He said the international community should aim to inoculate 40% of the African population against Covid-19 by the end of 2021.

Allocation of SDRs is heavily skewed towards the bigger and richer countries, but the increase will be good for SA
World
6 months ago