A decision should be made soon, ministry spokesperson says after announcement fails to materialise 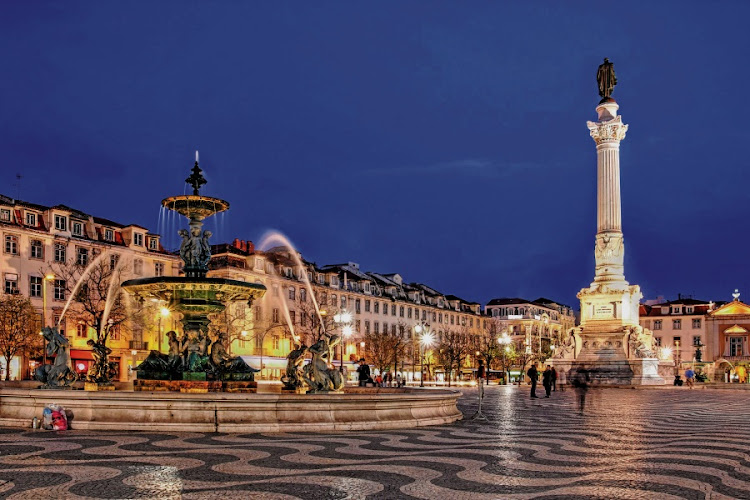 British travellers longing for a sunny getaway are waiting to hear whether they will have access to the beaches of Portugal after it held off on lifting entry restrictions on arrivals from the UK.

A decision should be made “very soon”, a spokesperson for Portugal’s ministry of home affairs said on Friday, after an announcement widely expected a day earlier failed to materialise. The country will open its borders from Monday with a negative Covid-19 test, The Times reported earlier.

On Thursday, presidency minister Mariana Vieira da Silva said that there was still work to be done before updating rules that are in effect until May 16.

At stake is an already-delayed start to a summer season that is crucial to airlines after the coronavirus triggered a slump that has lasted more than a year. Carriers have pinned their hopes on a quick uptick after Portugal became one of a handful of destinations green-listed by Britain as it lifts a ban on overseas travel starting May 17.

But unless Portugal adjusts its own border policy, most Brits won’t be allowed in. Under the current rules, Portugal bars visitors from the UK unless they are residents or travelling for so-called essential purposes.

The Portuguese government is expected open its doors, especially after the Champions League soccer final was set for May 29 with two English teams. The contest was moved to Porto from Turkey, which is battling a virus outbreak and was red-listed by Britain.

Tourist-dependent EU economies are eager to receive visitors from the UK, which with Germany is one of the biggest sources of tourists in the region.

For Portugal, there’s an added wrinkle to the calculation.

While European Union countries set their own border rules, the bloc now restricts all non-essential travel from outside, except for a handful of third countries. Portugal now holds the rotating presidency of the Council of the European Union, so it has to balance the priorities of reopening the vital tourism industry with after EU policy.

Broader progress on travel within the region was made on Friday, when Italy said it would lift quarantine restrictions on tourists from the UK, along with Israel and other EU countries starting May 16. Travelers with a negative Covid-19 test won’t need to undergo quarantine, a health ministry official said.

As Italy isn’t on the UK’s green list, Brits determined to go will need to quarantine on return. But as a major destination within Europe it is likely to attract many tourists from places such as Germany, the Netherlands and Scandinavia.

Travelers have a lot at stake as well in the Portuguese decision.

Paul, an English farmer who didn’t give his last name, is part of a group of 13 family and friends who have booked tickets to Faro through various airlines and paid £60 each for coronavirus tests. They own a three-week timeshare in the area with an annual slot that is not movable from its allotted date starting next week.

“We take the risks because we have the timeshare out there,” said the 56-year-old from Shropshire, near England’s border with Wales. “It’s all very well people saying you should stay at home, but we didn’t go last year so we lost that money.”

For now, British residents won’t have many other choices if they’re shut out of Portugal. Spain and Greece were left off of Britain’s initial green list, making it harder for families to plan trips.

Airlines have scaled up flights to Portugal in anticipation of a surge in bookings. Ryanair, Europe’s biggest discount carrier, has added 245,000 seats from the UK since last Friday, while easyJet has added 105,000 spots to the country and Gibraltar, another green-listed destination.

While passengers returning to the UK from greenlit places won’t be required to quarantine, they will still be subject to expensive Covid-19 tests. Arrivals from amber-lit countries face more tests and self-isolation, while people coming from red-coded places must stay in a hotel arranged by the government.

Vieira da Silva, the Portuguese minister, said on Thursday that people who fly to Portugal to attend the Champions League final will have to follow strict rules preventing them from being in contact with the general population.

Those who attend the game will have to “comply with these rules of travelling in a bubble”, she said.

A fuming Algarve is empty due to the UK’s safe travel list, but its seas are full