The job paid €115,000 when his predecessor Giuseppe Conte held the post, though Conte opted to take only 80% 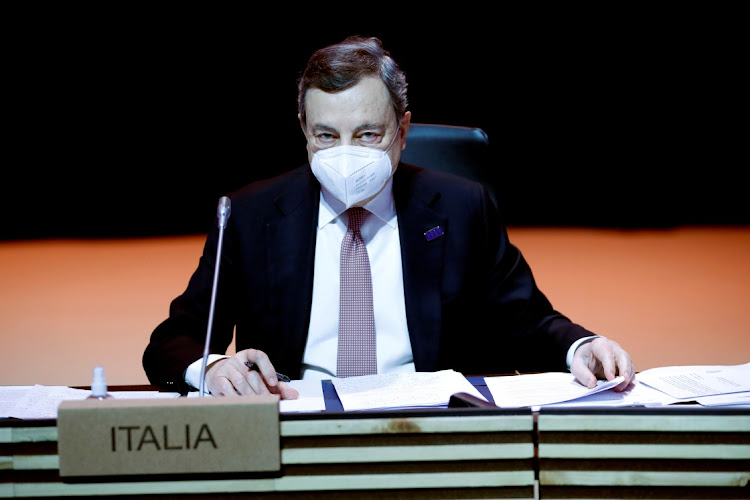 Mario Draghi is waiving his salary as Italian prime minister as he looks to maintain the political support for his broad coalition.

Draghi will serve as premier without compensation, according to a filing on the government’s website on Wednesday. The job paid €115,000 when his predecessor Giuseppe Conte held the post, though Conte opted to take only 80% of it.

The former European Central Bank president picked a mix of technocrats and politicians from across the ideological spectrum to join his government after he was asked to take over from Conte in February. He has embarked on an aggressive spending programme aimed at rebooting the Italian economy in the aftermath of the Covid-19 pandemic.

Draghi made waves internationally in March, when he authorised blocking a shipment of AstraZeneca vaccines slated for sale to Australia. But he’s also locked horns with leaders of parties within his coalition over how quickly he can reopen the economy.

League party chief Matteo Salvini in particular has dogged Draghi at every turn with calls to lift restrictions sooner and ditch some of the country’s stricter curbs, including its night-time curfew. Salvini has consistently topped Italian voter polls for the past two years but in recent months he’s seen his advantage narrow as support shifts to fellow rightist party Brothers of Italy, which opted to stay outside the Draghi coalition.

Draghi’s centre-left supporters, the Democratic Party, and the populist Five Star Movement have both been irked by the timeline for reopening and have been calling for a more cautious approach.

Populists both inside and outside the Italian government have railed against the perceived high salaries of government officials and the move could earn Draghi valuable political capital as he looks to execute his economic strategy. The premier also held positions at investment bank Goldman Sachs Group  in the early 2000s.

The government has spent more than €130bn so far to support the economy, with Italy in and out of Covid-19 lockdowns for more than a year
World
2 months ago

Talks focus on closer co-operation, trade and countering human trafficking across the Mediterranean
World
2 months ago