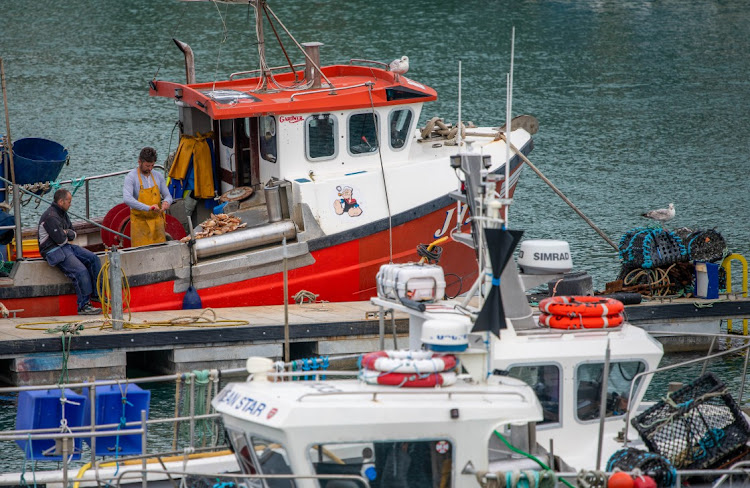 France aims to delay access to the European single market for UK financial firms until it deems the British government is honouring its post-Brexit commitments on fishing rights, according to people familiar with the matter.

French officials are looking to stall a regulatory co-operation agreement on finance as part of a broader effort to bring pressure to bear on the UK, the people said, asking not to be named discussing private conversations.

The non-binding memorandum of understanding (MOU) would be a first step on future co-operation and pave the way to granting market access to UK firms further down the track. The French reluctance to let even that come into force shows how British hopes for access to EU financial markets are fraught with politics.

The French are determined to hold the line on Britain’s commitments in the post-Brexit trade agreement amid unrest in the country’s northern fishing ports over delays in obtaining licences to continue fishing in UK waters.

Before the MOU can be implemented, all 27 EU members must sign off and that formal procedure hasn’t yet started. The process could begin in the coming days, the people said.

Tensions between the UK and France reached a new level last week when ships from both navies were dispatched to the British island of Jersey, just a few miles off the French coast, where dozens of French boats had staged a protest. While the angry fishermen are back in port for now and negotiations between France and Jersey are set to start again, France is complaining that many French crews are still awaiting licences to resume working in UK waters.

France’s junior minister for EU affairs Clément Beaune has publicly threatened to limit access for UK financial services companies into the EU if fishing boats aren’t treated fairly. At the end of May, EU leaders will meet in Brussels, where they will discuss relations with the UK, which has breached the Brexit deal on Northern Ireland and fishing, according to the French ministry of foreign affairs.

The European Commission and an official in Beaune’s office declined to comment on France’s position.

Negotiations over fishing rights were one of the most contentious elements of the post-Brexit trade accord signed by the two sides last year. The deal largely sidelined the finance industry and the EU has since said that it’s in no rush to grant the equivalence rulings that would restore trading rights for British firms.

At the end of March, Britain and the EU had agreed on a forum regarding cross-border financial market access. While granting equivalences that would allow UK financial firms to do business in Europe remains a separate and unilateral process, the MOU would help speed up the process.

Since Brexit took effect at the beginning of 2021, London-based financial firms have been largely unable to operate in the bloc, forcing banks such as JPMorgan Chase and Goldman Sachs Group to move billions of dollars in assets and thousands of staff to Europe.