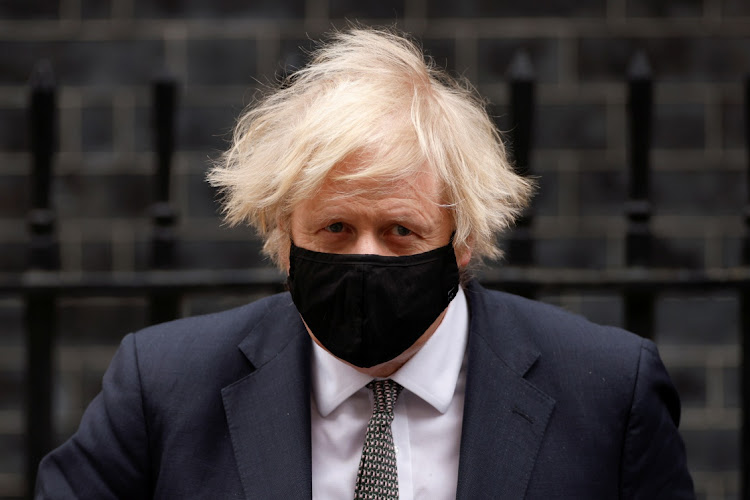 London — UK Prime Minister Boris Johnson is facing an official investigation into whether he or his party broke election law by failing to declare the funding of works to refurbish his government residence.

The Electoral Commission, which regulates political donations, announced the inquiry amid questions over whether Johnson took an undeclared loan from a political donor to cover the costs of refitting his Downing Street apartment.

The probe is a blow to the prime minister coming just eight days before local elections across the country, deepening the crisis over allegations of sleaze swirling about his administration.

“We are now satisfied that there are reasonable grounds to suspect that an offence or offences may have occurred,” a spokesperson for the commission said. “We will therefore continue this work as a formal investigation to establish whether this is the case.”

Possible sanctions available to the watchdog include criminal proceedings and fines of as much as £20,000, depending on the rules found to have been broken.

During heated exchanges in parliament, Johnson denied that any laws had been broken and insisted he had done nothing wrong. “I paid for the Downing Street refurbishment personally,” he said.

He was asked three times by opposition leader Keir Starmer to say who had covered the costs of the initial invoice for the work, but declined to name anyone.

The inquiry follows weeks of media speculation about who paid for the renovations to Johnson’s apartment and when, as well as a litany of criticism over the premier’s way of handling himself and his administration.

Under election laws, donations and loans to political parties and politicians need to be declared within 28 days. Johnson’s office has been facing questions over whether he used a loan from Conservative donors to pay for the refit of his residence in 2020 — and whether he disclosed the funding properly to regulators.

The Electoral Commission, which is independent of government, said its probe will rule on whether transactions related to the refurbishment work in Downing Street fall within its remit, “and whether such funding was reported as required”.

The controversy exploded on Friday when Johnson’s former aide Dominic Cummings went public with claims that the premier tried to get party donors to pay for redecorating the apartment.

Johnson’s alleged plan would have been “unethical, foolish, possibly illegal and almost certainly broke the rules on proper disclosure of political donations”, Cummings wrote in an incendiary blog post.

Prime ministers are allowed to spend £30,000 of public funds a year on refurbishing their official residence, but newspapers have reported costs of as much as £200,000. The government has said Johnson paid for the works out of his own pocket, but questions remain about whether undeclared donations were initially used before Johnson stepped in.

The government announced that Christopher Geidt, a former private secretary to Queen Elizabeth who is now a member of the House of Lords, will be Johnson’s new “independent adviser” on ministers’ interests.

“The prime minister and Lord Geidt have agreed that Lord Geidt will begin by ascertaining the facts surrounding the refurbishment of the Downing Street flat and advise the prime minister on any further registration of interests that may be needed,” the government said in a statement.

Pret a Manger gets ready for London’s suburbs